“What do a well-bred Southern Belle and a Northern working class Pinkerton detective have in common? Espionage . . . And romance. At the start of the U.S. Civil War, while young men begin dying on American battlefields and slavery is headed toward its end, behind the scenes, female undercover work and Pinkerton intelligence are alive and well. But in the end, can this unlikely Romeo and Juliet couple’s love survive, or will they be just another casualty of war?”

Anytime S. R. Mallery releases a new book is a great day for the enthusiasts who follow her historical romances. So, you can imagine my excitement when she released, Genteel Secrets, a Civil War romance with a unique twist – Alan Pinkerton, who served as head of the Union Intelligence Service, and who created the famous Pinkerton Detective Agency.

Set in 1861 in Washington, D.C., we are introduced to James Neely, an Irish immigrant who has worked his way out of the slums to become a doctor. In a chance encounter in a city park, he meets Hannah Mayfield, an educated woman from the Confederate South. In addition to their irresistible attraction, is a mutual admiration in the way they both express the politics of the day. Most Southern women do not engage in such things, and James is clearly smitten.

A series of life events interrupts their blossoming love affair. James finds his calling by joining the Pinkerton’s, where he is thrust into the middle of an investigation into that of a notorious spy ring, running out in the open within the capital. Little does he know, the elusive Hannah, has been blackmailed into taking part in the political intrigue by members of her own family. The challenge is whether their love can stand the test of time and win out in the end.

However, this story is bigger than James and Hannah’s love affair. It is also a political commentary on America’s Civil War and the treatment of slaves. It is about loyalty and friendship and the choices people made to hold close their personal freedom and beliefs.

At the beginning of each chapter, the author inserted quotations that shared the political climate of the times. I enjoyed these passages because it added a sense of credibility to the story. I’ve added this book to my “Me-Time,” category because I loved it so much. I could not turn the pages fast enough to find out what happened next. The ending was unexpected and restored my faith in humanity.

If you like fast-paced historical drama, this is one book you will not want to miss. I loved it! 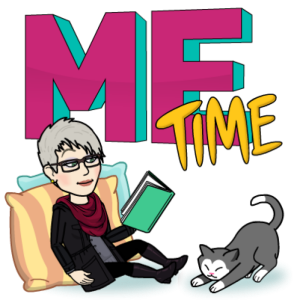 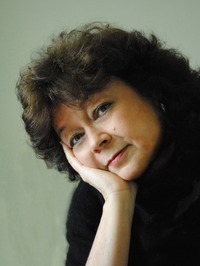 S.R. Mallery, Gold Medalist winner of the 2016 READER’S FAVORITE Book Awards for Anthologies, has been labeled nothing short of ‘eclectic.’ She has been a singer, a calligrapher, a quilt designer, and an ESL teacher. As a writer, History is her focus and is woven into her stories with a delicate thread. When people talk about the news of the day or listen to music, Sarah’s imagination likens the story to a similar kind of news in the past and is conjuring up scenes between characters she has yet to meet.

What readers are saying about S. R. Mallery’s books:

“A master storyteller has been at work, and this marvelous piece of writing is the result.” ~ Thomas Baker Thomas on Unexpected Gifts.

“Honestly, I haven’t read a book this unique in quite some time.” ~ John H. Byk on Sewing Can Be Dangerous and Other Small Threads

“Mallery is an extremely talented writer. Her style lures the reader; you actually become a part of her tapestry of expression.” ~ Melinda Hines on Tales to Count On.

The Dolan Girls “was so enjoyable. At times rollicking, at times poignant, but always authentic, well researched and a beautifully told story. Highest recommendation. Five stars.” – B. Nelson 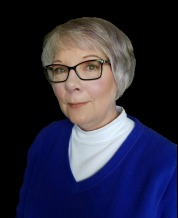 Colleen M. Chesebro grew up in a large city in the Midwest. Keen on making her own way in the world, she joined the United States Air Force after graduation to tour the world and find herself. To this day, that search continues. 💜 Today, she’s a Michigan Poet who loves crafting syllabic poetry, flash fiction, and creative fiction and nonfiction. Colleen sponsors a weekly poetry challenge, called #TankaTuesday, on wordcraftpoetry.com, where poets learn how to create traditional and modern forms of syllabic poetry. 💜 Colleen’s syllabic poetry has appeared in “Hedgerow, a Journal of Small Poems,” and in “Poetry Treasures,” and “Poetry Treasures 2: Relationships,” including several other online publications. She’s also received several awards for her flash fiction pieces from the yearly Carrot Ranch.com rodeo events. 💜 Colleen created Unicorn Cats Publishing Services to assist poets and authors in their book publishing needs. 💜 When she's not writing poetry or crafting short stories, you’ll find her digging in her garden, or playing with her two unicorn cats, Chloe & Sophie. Most days you can find her writing poetry on wordcraftpoetry.com. 💜 View all posts by Colleen M. Chesebro

4 thoughts on “#BOOK REVIEW BY @COLLEENCHESEBRO OF “Genteel Secrets,” BY AUTHOR @SARAHMALLERY1”