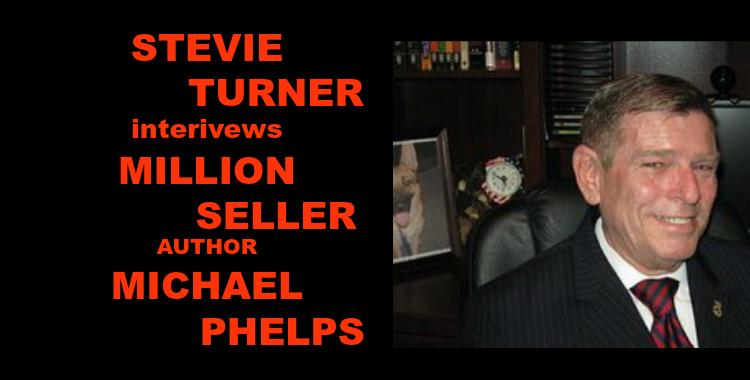 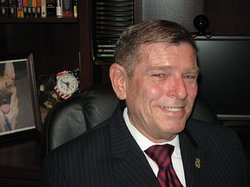 Today I’m interviewing Michael Phelps, a man who has had a variety of interesting careers, but lately has concentrated on writing.  One of his books ‘David Janssen – My Fugitive’, co-written with the actor’s first wife Ellie in 2009, has sold two million copies.  In 2014 Michael’s two books of conversations between himself and David Janssen were also published.  You can check out Michael’s books by clicking here: http://www.MichaelPhelpsNovels.com (Michael can sign any books personally which are bought via his website).

1.  Why did you enlist in the Air Force (Military Police Combat
Defense Force) aged only 16, and for how many years did you serve?

Both of my older brothers served in the USAF during the Korean Conflict.   My eldest brother Jack, came home from the Air Force and started several  businesses, and for the next three years, I was “forced into labor”  (kidding).  I enlisted in the USAF in March, six months prior to my  17th. Birthday.  I had been in ROTC in High School & told my mother I  was going to “ROTC camp” so she would sign the Parental Consent form.   By  the time my Mom figured it out, I had  completed Basic Training.   As for Jack – I owe all my successes in life to HIM!  My failures are  all my own. LOL

2.  Apart from serving in the Air Force and working in the law
firm, you have also been a law enforcement officer, a security officer for a hotel chain, and a co-trustee for a multi-million dollar trust fund. Which job have you enjoyed the most?

One thing I learned from my brother Jack, something he told me  repeatedly – “Find a job you LOVE and you will never work another day  in your life.”  I have enjoyed every job I have ever held, law enforcement is a tough job, but very rewarding in that you actually help  people in difficult situations.

3.  How did you meet the late actor David Janssen?

I met David & Ellie Janssen while working a private party in the Bel Air  mansion of the late Conrad Hilton.  Our friendship developed two weeks  later when he called and invited me to join him for drinks.

4.  Did you meet other actors through your association with Mr
Janssen, and if so, are you still friends with them now?

I think Dave and I were both shy and reserved. I joined him in drinking  a lot of scotch (been there-done that – have not drank alcohol for the  last several years – but do so only socially).  He and I both  appreciated beautiful women.

6.  Which marketing strategies did you employ to be able to sell 2 million copies of the book you wrote with Ellie Janssen ‘David Janssen –My Fugitive’, or do you have an agent?

All marketing for “DAVID JANSSEN-MY FUGITIVE” was handled by the  original publisher, Lifetime Books, Inc.  I have no knowledge of  their marketing strategy.  Ellie & I were both busy with other  projects (individually).  We made a short book tour and that was the  extent of our involvement in marketing the book.

7.  Do you think it’s better to live life to the full and die in middle-age before the effects of ageing take over as David Janssen did, or live to 100 and see your grandchildren and great-grandchildren grow up?

Well, that is an interesting question.  I am 72 now, and I have lived  a full life.  In regards to someone dying in “middle age”, I think of  David Janssen – and aside from the shock of his passing, I felt he was  “cheated”, I do not think he was able to enjoy the fruits of his labor  and his tremendous success in his profession.

8.  Speaking generally from the male viewpoint, do you think
that men cope less well than women when it comes to dealing with stress?

Yes, I actually do.  The stress a man experiences seems to be more  related to work related pressures and financial pressures.  I think  God provided women a better psyche for handling stress – being a  mother and raising children must be more stressful than any man could  handle.

9.  Your detective novels in the Mike Walsh series are based on real-life crimes you encountered while working as Chief Investigator for a law firm.  Which was the most bizarre case you ever investigated?

My current work-in-progress is entitled “INSANE JUSTICE”.  It involves  a double homicide in Miami Beach in 1993.  It was the most bizarre case I  ever encountered in that it revolved around a homosexual love- triangle,  drugs, etc.  Our firm had been court-appointed to defend the perpetrator.  He was guilty, yet we mounted a solid defense and his first trial ended with a “hung jury”.  His second trial, he was convicted of much lesser charges. We kept our promise to him, we kept him out of the Electric Chair.

10.  The second book in the series ‘Jockey’s Justice’ deals with the murder of a highly respected horse racing jockey.  Is a murder in the racing world unusual, or did you discover a dark underworld in your investigations?

Murder in the world of horse racing is rare, but not unheard of.  There  is a lot of money involved.  We did uncover one other murder (unsolved)  and a lot of corruption, race fixing, etc.

11.  The third book in the series Insane Justice is not yet published.  Could you give us a brief outline please?

A young Cuban immigrant became involved with a young man from Kansas in  a homosexual relationship.  Nine months into their relationship, he  discovered his “lover” with another young man.  He shot & killed both.  My investigation proved the deceased “boyfriend” had been “using” the  defendant, taking him for all he had and then “discarding” him. It was  a very unusual case.

12.  What’s next in the pipeline after Insane Justice is published?

There are about three other memorable cases I worked on for the law  firm.  After that, I may resort to investigating and writing novels  about high profile cases in the Miami and/or New York City area.

13.  If you had to pick just one, would you prefer to live in
New York or Miami?

I relocated to Miami 42 years ago after 15 years living in  Manhattan.  I usually make 3-4 trips to NYC during a year.  I  think when my book sales allow me the luxury, I will move back  to NYC and get used to the harsh winters I had escaped.

I was checking out of my hotel, waiting for the parking valet to bring  my car.  It was taking a long time, I entered the lobby, and there was  a crowd around the television.  I saw the second plane hit the Tower. I  went outside and saw the white smoke billowing up, and coming north (I  was at West 49th. St. & Tenth Ave.).  It reached all the way to about  34th. Street.  Immediately after, I learned from the TV News that all  Tunnels and Bridges had been closed.  I ended up spending the next 3  days in the City before I could leave for my return trip to Miami.  I  also found I could not drive south past 34th. Street to get a closer view of the carnage.

15.  Which is your favourite genre for reading?

16.  Can you play a musical instrument?

18.  What do you think is the most important thing that is
needed in order to be able to live a happy life?

Love what you do and treat all others as you wish to be treated –  respect each individuals right to their own religious beliefs and treat  all living creatures with kindness, compassion & love.

19.  Where will you be spending your holidays this year?

I spend holidays at home in Miami Shores, Florida.

20.  Do you or did you practise any of the martial arts?

In the USAF, we underwent “Combative Judo” training.  We joked  because it was called”Operation Tough Tiger”.

My thanks go to Michael Phelps for agreeing to answer my 20 questions.  If any other authors or publishers are interested in being interviewed, please contact me via my website http://www.stevie-turner-author.co.uk with some information about yourself in order for me to formulate the questions.

British author of suspense, paranormal, and women's fiction novels about the darker aspect of relationships, but adding in a little bit of humour as well to sweeten the pill... View all posts by Stevie Turner