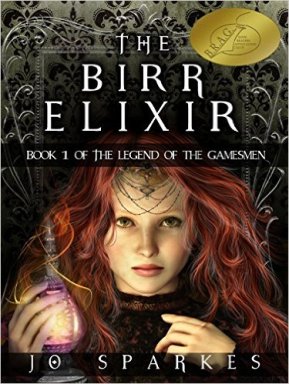 King Bactor’s son Tryst, must undertake his first epourney in order to become a man to fulfill his destiny of becoming the future King of the Skullan people and all Trumen. Since a prince’s epourney is undertaken with a best friend, Tryst leaves with three of his best friends, Baldar, Mauric, and Jason. When it is determined that Mauric is ill and cannot travel, Kellan one of the prince’s lesser companions goes in his stead. Now, the adventure begins!

In the City of San Cris, one of the Sandy Towns…

A young apprentice potion maker, named Marra, works in the potion shop of her dead mistress, under the care of Snark, her mistress’ evil brother. Marra’s training was to include, “… learning the power of herbs, the alchemy of powders and potions to heal and enhance…” (pg. 9). After the death of Mistress Britta, Marra’s training stalls under the cruel care of Snark.

Until one day, when the mysterious Drail, a legendary gamesman, comes to the shop begging Marra to make a special potion for him and his crew of men set to play against the Skullan gamers. Marra agrees to make the potion, called “The Birr Elixir,” and Drail and his team win, believing the potion is responsible for their success.

Drail returns to the shop where he witnesses Snark beating Marra, who did not believe she had brewed the elixir that helped the Truman beat the Skullan’s at the game. After taking care of Snark and knocking him out cold, Drail invites Marra to accompany him and his team so that she can make more of the Birr Elixir for them.

Marra agrees to leave the only home she has ever known to follow Drail and his men as their Brista. As she is gathering her things to leave, she spots an unconscious man on the floor of the shop. Not wanting to leave the man to Snark’s mercy, Drail decides to take the man with them.

Marra realizes that the man is under a deep spell. Along the road, she works hard gathering herbs and preparing potions to heal the young man. Finally after many days, the man awakens and says his name is Tryst…

As Jo Sparks debut novel, this book has the potential to be a great story and series. I loved the richness of the characters and enjoyed the interactions between them. Many of the apt descriptions of the desert towns reminded me of the book, “Dune,” by Frank Herbert.

However, I was left with so many unanswered questions as to where the story was going that I had to go back and reread various passages to make sure that I followed the story. I felt like there was an attraction growing between Tryst and Marra, although Drail seemed to care deeply for the girl also. There are few clues in this book to shed any light on their relationship.

I would say the main attraction of the story is the “games” themselves. The “game” appears to be played in an arena with two opposing teams. In the words of the author,

“It is a wild game with few rules. Players wore leather vests to protect themselves, but in truth, the decorated material was more to mark the teams for the spectators than any real padding.” (P. 17)

At the inner circle in the arena, a line is drawn in the sand by a judge. It is forbidden for the teams to cross the line until the judge allows it. There is much jockeying for the balls by both team members. There are four leather balls that need to be dropped into a cone shaped area in order to score points, which are determined by the judge. Each ball contains special markings which determine the number of points each ball is worth. As contact sports go, I envisioned the game to be a combination of football and hockey with players participating in a game to the death in order to win, if necessary.

If you love the excitement of a fast paced game and the mystery and intrigue of a fantasy world, you will enjoy this book as much as I did. I do hope in the next sequel, the author will shed more light on where the story is leading. Right now, the possibilities are endless. 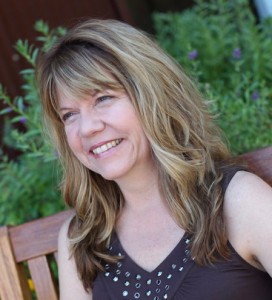 A well-known Century City Producer once said that Jo Sparkes “…writes some of the best dialogue I’ve read.”  Not only are those words a compliment to Jo’s skills as a writer, but a true reflection of her commitment to her work as a screenwriter.

Since then, Jo hasn’t looked back – having written seven feature film scripts.  Jo’s body of work includes scripts for Children’s live-action and animated television programs, a direct to video Children’s DVD, commercial work for corporate clients, as well as a being a feature writer on ReZoom.com.  As a contributing writer for the Arizona Sports Fans Network; where she has been called their most popular writer, she was known for her humorous articles, player interviews, and game coverage. Jo was unofficially the first to interview Emmitt Smith when he arrived in Arizona to play for the Cardinals.

She has served as an adjunct teacher at the Film School at Scottsdale Community College and even made a video of her most beloved lecture. More recently she has teamed with a Producer and a Director on a low budget thriller. Her book for writers and artists, “Feedback  How to Give It  How to Get It” was born to help her students — and indeed, all artists.

Her original script, Frank Retrieval, won the 2012 Kay Snow award for best screenplay. Her fantasy series, The Legend of the Gamesmen, has garnered two B.R.A.G. Medallions and a 2015 silver IPPY award for Ebook Juvenile/YA Fiction.

When not diligently perfecting her craft, Jo can be found exploring her new home of Portland, Oregon, with her Husband Ian, and their dog Oscar.

To watch a trailer for the book click the link below.

Make certain to connect with (author) through her Twitter @Sparks777

2 thoughts on “#BOOK REVIEW BY @COLLEENCHESEBRO OF “THE BIRR ELIXIR,” BY AUTHOR @Sparks777”