It’s MY Birthday and YOU get the GIFT!

Get my debut Historical Fiction, Action-Adventure

No sign ups for newsletters or anything. Just go and get it!

Check your Amazon. Below is the American Amazon link. 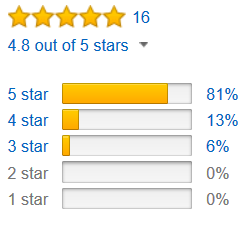 END_OF_DOCUMENT_TOKEN_TO_BE_REPLACED

How would you like a chance at a signed copy of the first FULL-LENGTH  Blake MacKay Spy Thriller by Thom Tate?

“A coup is brewing inside the last dictatorship in Europe. Belarusian Prime Minister, Oleg Shorets is devising the ultimate assassination, using a devastating new weapon to fake a terrorist attack and kill

the Belarusian President, Vladimir Solonovich. With plans to blame it on Al Qaeda, the more collateral damage, the better. Thousands will die.

Meanwhile, when the CIA discovers that weapons used to kill two U.S. border guards are from a former Cuban general turned gun dealer, Hector Vasquez, they decide to send their most lethal weapon, covert operative Blake MacKay to take him out.

Blake uses his charms on the general’s daughter, Adriana, to get close to complete his mission. After being discovered, he makes a daring escape with more questions than answers. Blake uncovers a deeper plot involving an Al Qaeda weapons dealer, a corrupt European prime minister, and a traitor inside his own organization.

After a disastrous raid on an Al Qaeda safe house, Blake finds the key to start unraveling the mystery. It forces him back to Cuba where only one person can help him decipher what he’s discovered; the daughter of the man he recently murdered.

Take a ride with Blake from Cuba, to Afghanistan, Belarus and Eastern Europe in this non-stop action thriller.”

Click HERE to visit Thom Tate’s Facebook Page-Covert World by Thom Tate for all the updates, contests, and surprises that may be associated with this and other book releases.

The BIG announcement is:

Spear Garden is being released Friday, December 18 on Amazon.  And the first 15 who purchase the book and write a review on Amazon, get a FREE copy, signed and sent to them. That way you have the signed copy, and can give the other copy to a friend and share the work of Thom Tate.

If you visit his facebook page you get a discount code from his update dated 12/17/15 that’s  good through the end of the year for 15% off!!!

Visit his facebook page to get all the details HERE.

Friend to Authors everywhere, Annette Rochelle Aben who has interviewed not only myself but LWI authors as well is one of the: