Margaret Atwood meets Raymond Chandler meets Greta Thunberg: Jen Lu is back on the case when the death of a lawyer sparks an even more intriguing mystery in Michael Kaufman’s second book in the thrilling series.

It’s March 2034, six months after D.C. police detective Jen Lu and Chandler, her sentient bio-computer and wannabe tough guy implanted in her brain, cracked the mystery of Eden. The climate crisis is hitting harder than ever: a mega-hurricane has devastated the eco-system and waves of refugees pour into Washington, D.C.

Environmental lawyer and media darling Patty Garcia dies in a bizarre accident on a golf course. Of the seven billion people on the planet, only Jen thinks she was murdered. After all, Garcia just won a court case for massive climate change reparations to be paid out by oil, gas, and coal companies. Jen is warned off, but she and Chandler start digging. Signs point to Garcia’s abusive ex, a former oil giant, but soon Jen turns up more suspects who have an even greater motive for committing murder

Soon Jen is in the crosshairs of those who will ensure the truth never comes to light, no matter the cost. She has to move quickly before she becomes next on the killer’s list.

This is the second book in your Jen Lu series. How soon after finishing the first book did you know you wanted to continue Jen’s story?

The minute I read the first reviews. I knew I’d taken a risk writing a mystery that bent genres and that delved into political themes, but only when I started hearing from readers did I realize how much my approach — page-turning, serious themes yet fun to read — was something I wanted to continue doing.

You have decades of experience working with the United Nations, NGOs and various government officials and educators. How have you used this expertise to write about some complex topics like climate change and the intricacies of the oil and gas industry?

I’ve worked directly with presidents and prime ministers. I could answer that this has given me insights into the workings of political power. But here’s my real answer: We all need stories. Not only to entertain but to make sense of our lives. Right now, there is no more important issue than the quickly emerging climate crisis and the utter culpability of the oil, gas and coal industries in destroying our future.

“The Last Resort” has a secondary theme of men’s violence against women. How does this fit into the story?

It’s a critical theme in itself. Across the country and around the world, there is a rash of violence against women: in our homes, at work, at places of learning and on the streets. Engaging men as allies with women to end this violence has been my life’s work.

“An engrossing thriller set in a fascinatingly plausible near future, ‘The Last Exit’ centres on a human-AI partnership that’s as believable as it’s moving.” — Emma Donoghue, New York Times bestselling author of “Room”

There are a variety of politically charged themes throughout the book. What would you say to people who are looking for a fiction book that “isn’t political”?

First of all, “The Last Resort,” is entertainment. It’s fun; it’s exciting. My goal isn’t to educate — I leave that to my nonfiction books. At the same time, every moment of our lives is shaped by political realities, and that is nowhere more true than with the climate crisis. I believe that some of the most powerful stories ever written weave in the political and social realities of the day. Imagine if Tolstoy had left out the war part; his great novel would have read like a Netflix costume drama.

Speaking of politics, there are a lot of tough themes the book touches on, but the series’s tone overall is ultimately one of hope (surrounded with humor). Why did you choose to go this route?

The last thing readers need is another grim dystopia. I believe strongly in the human capacity to change, not simply at the individual level but our ability to imagine and then to create a better world. Faced with the existential realities of the climate crisis, we need that vision of hope and change more than ever. Shouldn’t fiction that digs into the tough issues we face today and in years ahead bring us up rather than bring us down?

What do you hope readers gain from the book?

Gain? I hope they gain some absolutely entertaining moments. I hope they can’t put it down. But I also hope it allows them to imagine a future that is certainly full of challenges but also possibilities for positive change.

Is there another Jen Lu book in the works? Are you working on any other projects?

Yes, there will be a sequel. I’m also at work on a traditional thriller as well as a literary novel and a screenplay. Plus, of course, I continue my advisory role with various U.N. agencies, governments, NGOs and companies. That said, I can’t wait to hang out again with Jen Lu and Chandler, her computer implant and wannabe tough guy.

“ ‘The Last Exit’ hits hard. Fast action — a melding of the mental and physical — keeps this smart futuristic thriller racing, and its contemporary implications keep the reader thinking.” —Thomas Perry, bestselling author of “A Small Town” 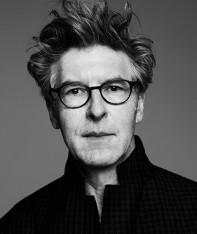 MICHAEL KAUFMAN has worked for decades engaging men to support women’s rights and positively transform the lives of men. He is the co-founder of the White Ribbon Campaign, the largest effort in the world of men working to end violence against women. He volunteers as a senior fellow at Promundo (Washington, D.C.) and has worked in 50 countries with the United Nations, governments, NGOs and educators. He advised the French government in 2019 as a member of its G7 Gender Equality Advisory Council.

He is the author of numerous nonfiction and fiction works, and was awarded the Canadian Jewish Book Award for Fiction. His most recent nonfiction book is “The Time Has Come.” He’s also written “Why Men Must Join the Gender Equality Revolution” (2019) and his first Jen Lu novel“The Last Exit.” His books and articles have been translated into 14 languages. Born in Cleveland, Ohio, having lived in Durham, North Carolina, and now living in Toronto, Canada, he is married and has a daughter and a son. For more information, please visit michaelkaufman.com.

© 2014-2023- Ronovan Hester Copyright reserved. The author asserts his moral and legal rights over this work.