An invention that can save the planet?
Somehow, someway the O’Malleys have found themselves in the thick of things once again. On peaceful, bucolic Whidbey Island, they become entangled in a corporate plot to stifle a paradigm-shattering discovery, one that promises to upend conventional thinking, topple markets, and create an entirely new industry.
Kevin and Jenne, along with scientists from the Pacific Northwest National Laboratory, find themselves pitted against a band of bumbling criminals who will stop at nothing to get what they want—including arson and murder.
It’s another rollicking adventure for the retired interior designers ably assisted by their favorite detective, the FBI, and Emma, their ever-vigilant German Shepherd Dog. 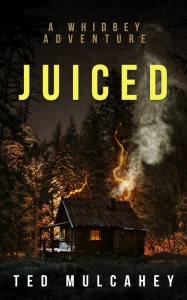 What makes your books different from other cozy mysteries out there?
The locales and perhaps the sarcastic sense of humor from the principal characters.

Do you have another profession besides writing?
Nope.

How long have you been writing?
Off and on since my high school newspaper.

How did you come up with the ideas for your books?
The idea for Juiced began when I came across an interesting article on vanadium battery technology.

For Little Dirt, it was more of a desire to highlight the many beautiful areas of the Pacific Northwest.

With your book set in the Puget Sound area, have you ever been there?
I live there.

How did you do research for your book?
For Juiced I found a number of articles discussing the projects (including their battery research) at the Pacific Northwest National Laboratory.

For Little Dirt I spent many hours researching harmful drug culture as well as the geography of the Puget Sound waters.

For both, my many years in business were immensely helpful.

If you could put yourself as a character in your book, who would you be?
There’s a good deal of Kevin O’Malley in me, but he’s likely an improved version.

Which was the hardest character to write? The easiest?
The easiest, of course, are the O’Malleys. The mercenary corporate characters are fun to write but often difficult. Emma, our GSD is the dearest.

If your book were made into a movie, who would star in the leading roles?
Paul Rudd and Sandra Bullock.

If your book were made into a movie, what songs would be on the soundtrack?
“Ripple” by the Grateful Dead

What is your next project?
The O’Malleys find themselves enmeshed in nastiness among folks in the Walla Walla wine country.

What is a favorite compliment you have received on your writing?
“I really had fun reading it”, is always my favorite.

What’s the funniest thing that ever happened to you? The scariest? The strangest?
Brushed my teeth with glue instead of toothpaste as a kid. (I think that’s the answer for all three questions)

Who was your childhood celebrity crush?
Barbra Feldon, agent 99

If there is one thing you want readers to remember about you, what would it be?
I tried to lighten their day. 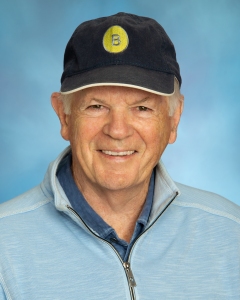 Ted Mulcahey has lived throughout the US, the past 35 years in the Pacific Northwest. He’s an Army vet, sales and marketing VP, entrepreneur, business owner, avid reader, one of nine children, former caddie, and lover of dogs and golf. The last twenty-five years were spent in partnership with his wife Patte, as the owners of a highly respected and published hospitality interior design firm in the Seattle Area. They’re now living on Whidbey Island and enjoying its rural bliss.

Ted writes about things he’s seen and places he’s been. He tries to incorporate personality traits of people he’s known into his fictional characters, although none of them exist in reality. Many of the locations are real but the names have been changed.

© 2014-2022- Ronovan Hester Copyright reserved. The author asserts his moral and legal rights over this work.