THIS GIVEAWAY EXPIRED November 11, 2019 as noted in the body of this post, in red bold type. 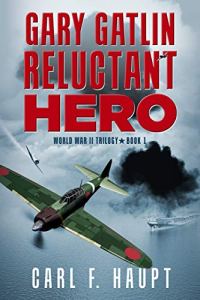 (Clicking the image or title will take you to the Amazon Page to pre-order the book to be released Nov. 5.)

To enter the GIVEAWAY for one of two books, just fill out the form below. All email addresses will be deleted following the drawing of the two winners, with the exception of the two winners for contact purposes.

I do ask that you consider putting a review on Amazon and/or GoodReads.

His forthcoming novel, “Gary Gatlin: Reluctant Hero” (Dudley Court Press) is set in April of 1939. As 20-year-old Gary Gatlin travels from Los Angeles abroad, he cannot know that he will singularly influence the outcome of WWII. Gatlin, a friend of Japanese-immigrant farmers in California, finds himself in Formosa to learn about Japanese fruit cultivation. When he arrives on the lush island, war is in the air, and his presence begins to raise suspicion. Following the attacks on Pearl Harbor, Gatlin finds himself called upon by the U.S. Navy in an unpredictable battle of allegiances.

WWII veteran Carl Haupt is a first time author at 93 years old, who spends his days helping Central Americans displaced by famine and poverty at the U.S.-Mexico border, despite his advanced age and physical handicaps. 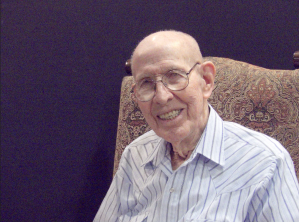 TUCSON, Arizona – Carl F. Haupt, a 93-year old retired military veteran on a government pension, has become a philanthropist who feeds the starving refugees at the U.S. border in Arizona. From a wheelchair, he works to make life tolerable for those in limbo. Just as he helped to liberate Europe during WWII and fought in the Asian Theater on the other side of the world, today, he and his wife continue, after more than 17 years, to personally help those fleeing poverty and internal strife within their home countries.

At age 15, along with a reported 1 million other boys across the country, Haupt left home during The Great Depression. He was homeless, hitching rides on freight trains, sleeping on the ground and going hungry for days at a time. Eventually, he landed in Los Angeles. In 1944, he joined the United States Navy and served his country for 22 years, including more than a decade in the United States Air Force. He retired in 1966 as a Master Sergeant.

In 1992, with his military life behind him, Carl began helping locals in Mexico with his wife, Sarah. They worked in Agua Prieta, a city across from Douglas, Arizona. Remembering his time as a homeless teen, Carl helped build over 100 homes and moved 25 donated mobile homes to families in Agua Prieta, delivering food and other necessities to struggling families.

Haupt is a first time author at 93 years old. His novel, “Gary Gatlin: Reluctant Hero” (Dudley Court Press, November 5, 2019), was inspired by a strange situation in 1987 when he woke up one morning compelled to write for 13 straight hours the story that had come to him through a dream. Now, decades later, Dudley Court Press has acquired his story for release in 2019. All author royalties from “Gary Gatlin” will be consigned to the non-profit organization Angels on the Border.