Although I’ve read novels based on aliens, and I wouldn’t turn down a chance to read books about aliens, it’s not technically my type of thing. I tend to be very picky with the alien genre. Spirit Raiders is about such: alien abductions, the threat to humanity, advanced technology, and first contact…pretty much everything a die-hard science fiction fan would enjoy.

The plot was complex, very slow moving, filled with a lot of technical things I had trouble grasping…mostly because I’m not very technical-inclined. While much of it was science fiction, the reality of some of the technological terms was very well-researched to make the fiction appear realistic. Sometimes, I had to re-read the information to grasp what it was saying…remember, I’m not much of a technical person, so at times, the information didn’t do enough explaining for me. Other times, however, I was overloaded with information and caught myself skimming a tad.

With a little bit more editing, the writing could have become tighter and stronger, earning a higher rating. I like to be shown what’s happening during the scenes, rather than being told. It helps me visualize better, even if I’m reading about things I just don’t understand.

If you’re one that loves aliens and you can understand a bunch of technical mumbo jumbo, then I recommend you taking the time to read this book. Don’t be put off by the slow-moving parts. It took me a few chapters to really get into the story. Once I did and continued reading, I was pleased to find that it ended with a well-built, action-packed climax

Overall Rating: 3 out of 5 stars 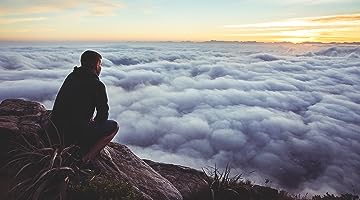 Savio is a resident of Mumbai, India, who grew up on everything sci-fi. Science Fiction has its own charm of unravelling mysteries, boldly going where no man has gone before [yeah I know it is from Star-trek :)] and to seek and find explanations for the unexplained. This is more or less what excites a true sci-fi enthusiast.

Savio is blessed with a supportive family and has a day job in India. Writing is his passion and he also writes for many blogging sites. When not writing and not working, which, of course, happens a lot of time, Savio likes to while-away and watch sci-fi movies.