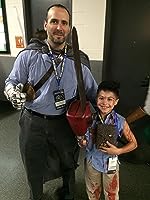 2 thoughts on “People of the Sun #bookreview @AuthorJasParent”