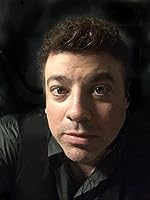 One thought on “Poet of the Wrong Generation #BookReview”