Alejandro Puerto Hernandez is a young man of 19 years who since childhood has had an insatiable thirst for knowledge, particularly about other nations’ economic and political histories.  He has written ‘Western Cycles: United Kingdom’ detailing the U.K’s political history from World War II onwards, analysing the economic situation at the time, and the nation’s challenges with each successive government. 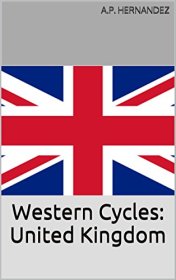 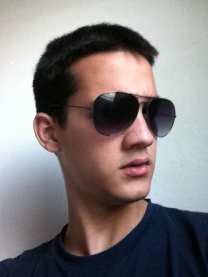 Today Alejandro has been kind enough to answer 20 of my questions.  You can find him on the links below or contact him on the email address given:

1.  Living in Cuba, how did you become interested in British economic and political history?  Was it for a college course?

No, it wasn’t for a college course (I start studying in September), but living in an under-developed country as I do, since my childhood I have had a genuine interest in learning about the economic and political systems of other nations, and using this knowledge as material for reflection and looking for answers in that magical space we call history.  In the particular case of the U.K I was interested in the way they managed to stabilise and even improve their economic and social situation and deal with challenges after the destruction of World War II.  An interesting case was retaining global influence despite losing power after the independence of the colonies.

2.  Did you spend a lot of your childhood writing stories on your own as I did, or did you live in a noisy household where finding time to write and pursue your interests was difficult?

Much of my childhood was spent looking for historical information on the internet, mainly regarding the U.K. At first it was confusing because the sources gave very varied and sometimes contradictory criteria regarding the different heads of government according to their own policies.  That was the basis on which I began accumulating the most relevant information from an unbiased and entertaining view.  There came a point where I always had a book before my eyes.

No, I have never been to the UK, but I would like to visit.  It would be very rewarding to travel by train from Liverpool to Manchester, as the first inter-city rail line was built here in 1830.  This opened the UK’s leadership in the Industrial Revolution.

I would also like to visit London, because in the same way that all roads lead to Rome, there was a time when all trains carried passengers to London.

4.  How long did it take to write Western Cycles: United Kingdom?  Have you written any other books?

As mentioned previously I have been writing since childhood.  However, I spent about three months writing this book, and also compiling much economic information into charts throughout the work with knowledge I have acquired recently.

I have not written any other books, but as I feel good when I write, I expect there will be others.  Right now I’m torn between Canada or France for my next Western Cycles book.  I hope that readers of this interview and of my blog will help me to decide.

5.  Were you surprised when Britain voted to leave the European Union?

I was surprised, but when analysing the situation I don’t think it is as dramatic as the media describe.  I think the UK could retain its access to the common  European market by joining the EFTA countries.  Of course losing the unified trade policy, its economy would not be as integrated as it is today, but the majority of the UK population voted to leave and we should show respect.

6.  If you could live in the time of any of our British prime ministers, which time, past or present, would you choose?

I would choose to live under the government of  Clement Atlee, because I would like to see in person the reaction of the British after Winston Churchill was not elected at the end of  World War II.  It would also be interesting to note the establishment of the welfare state in a period of scarcity and rationing, just as described in my book.  Of course after a few days or weeks I would like to go back to the present, as there was no internet.  I would write about the experience in my blog.

7.  Did you learn English as a young child, or just recently in your late teens?

I learned English in my childhood and perfected it during my adolescence.  It is a very easy language to learn, and it is a very practical ability to be able to speak two languages.  Of course I am proud to have Spanish as my mother tongue.  No other language is heard with such poetry.

8.   Did you design the cover and edit Western Cycles: United Kingdom yourself?

I designed the book cover by placing the beautiful flag of the nation as the primary element.  I have always considered that simplicity is the ultimate sophistication.  I also used the Ubuntu Operating System and typography because its design philosophy is humanistic, so that gets the message across that I want to express in the book.

Regarding editing, I am asking the readers to send me their opinion and also find any errors from an editorial point of view and report them to my email western.cycles.contact@gmail.com

9.  In your opinion, what is the best way of marketing a book?

I think the ideal way is to use relevant points of the book in a blog or on social media, looking for ways in which readers feel comfortable being inside the book but not departing from the perimeter.  The online world should appreciate books that are not sold in bookstores.

The content offered online in my blog is not original and I have not worked hard to update it as there is no internet access in Cuban homes.  However, once I begin college I will be able to work harder on my blog and participate more fully online.

10.  Is your aim to ultimately become a full-time author, or do you have another career in mind?

Soon I will begin studying engineering in telecommunications and electronics, because this is interesting to me and a professional qualification in this subject is very versatile.  However, it doesn’t help with writing books, but I think I can combine both.  I am sure I will not stop writing.

11.  Which websites have you used most in your book research?

I used the National Archives of the UK Government, the Statistics Agency site, and the Government Site, ukpublicspending.com and ukpublicrevenue.com, which are all excellent.  I read many articles from The Guardian, The Daily Telegraph, The Independent, and the BBC from many years ago.  My main challenge was to bring all that information in an original and impartial format.

12.  Your Western Cycles blog states concise news items and general information from the Western world.  In Cuba, are you able to access European news programmes on TV, or do you rely on the internet for your information?

I used only the internet, as Cuban press and television are completely biased in reporting the international scene.

13.  Have you sent your book to any literary agents?  If so, have you had any replies?

I have not sent my book to any literary agent.  Any kind of replies, whether professional or friendly, can be sent to western.cycles.contact@gmail.com

I think I will be travelling all over the world, learning the culture of different peoples and collecting photographs of historical sites.  Tourism is a very authentic way to encourage the learning of foreign languages, respect for the customs of other countries, and closer ties of understanding between nations.

15.  Which author has had the most influence on you?

Walter Isaacson is not a historian and serves more as a journalist than a writer, but his book ‘Steve Jobs’ (2011) changed the way we perceive literature, especially the historical genre.  Walter has the ability to present each subject starting with an overview of the overall concept in each case, and then argue in a simple and precise way without losing the chronological order.  I believe that history books should appreciate this style.  That’s why I transferred this ability to Western Cycles: United Kingdom.

16.  In your opinion, which genre of books is the most popular?

First Epic Fantasy, and Dystopian Science Fiction second.  In this genre I appreciate popular works such as Game of Thrones, but the folklore is subject to conflict.  For example in the saga abound dragons, giants and witches, but the main thing is the civil war for the Iron Throne inspired by the Wars of the Roses as a primary historical source.

17.  Apart from writing, what other interests do you have?

I like video games a lot.  I enjoy Civilization Saga and Sid Meiers Pirates created by 2K Games.  In addition StarCraft and Warcraft developed by Blizzard, but I’m not as good as I’d like to be.  Using emulators I play The Legend of Zelda and Fire Emblem from Nintendo and Final Fantasy (the older the best).  I admire Electronic Arts games.

18.  If you could choose where to live, where would you like to be?

I think it’s not in Cuba, but should be a place near the sea.  Among the different places in Cuba I consider myself fortunate to live in Cienfuegos.  It is a small city founded by the French.  It is much less noisy than Havana, and cleaner.

19.  What is the one thing you cannot do without?

I cannot write without a glass of water next to me. Many times I am not thirsty, but I feel more comfortable that way.

Thanks Alejandro for your answers.  I also like a glass of water next to me while I’m writing!

British author of suspense, paranormal, and women's fiction novels about the darker aspect of relationships, but adding in a little bit of humour as well to sweeten the pill... View all posts by Stevie Turner