From my interview with author Alesha L Escobar this coming Monday.

RW: People have said your main character of wizard Isabella George is another take on something Jim Butcher would have created. I have my opinion but why do you think people say that?

ALESHA: I don’t mind taking that as a compliment, because I’m a huge fan of Jim Butcher! I think people may say that because of a wizard openly practicing and offering wizardly services in modern society. When we first meet Butcher’s Harry Dresden, he is a wizard for hire (and he becomes much more). Isabella is a trained alchemist, and British intelligence hires her to spy against the Nazis; throughout the course of the trilogy, she becomes much more.

RW: Tells us why Isabella and your version of wizardry is not Jim Butcher?

ALESHA: I think the difference comes in with the magic system, as well as the fact that in the Gray Tower Trilogy, the number of people with magical abilities are declining, almost like a dying breed. There’s also going to be this unique voice and spark that will come through when you follow Isabella on her journey.

Now for the review.

Isabella George is not your typical spy. For one she’s a female spy in WWII sneaking in to German occupied France. Yes, there were female spies but not the norm in literature of this type. And for another thing, she’s a wizard. Her mission in this first book of the Gray Tower  Trilogy is to find and bring home the wizard creating a chemical weapon for the Nazis. But would it be a book worth a Trilogy if it were that simple?

Some have compared Escobar’s book to Jim Butcher and his wizard Harry Dresden. Okay, Isabella is a wizard in the real world and works in the real world using her abilities. End of similarities. Isabella is more than a wizard. In The Tower’s Alchemist, she is a spy, first and foremost in my eyes. She just happens to be a wizard as well. Think of it as her having a specialty like someone might be an explosives specialist on a team that goes in to extract a person behind enemy lines.

Isabella is that explosive expert and boy can she explode things at times. The problem is the Nazis have their specialists as well and they are the Cruenti and the Black Wolves, wizards that use dark magic so much they slowly turn into something less than human or more than human, depending on how you look at it.

Isabella meets several members of the French Resistance, some based on actual historical figures, and runs in to other wizards hunting her long dead father. She receives a letter from her father that’s left for her in case she passes through a safe house in France. It warns her of things to be careful of. As she carries on through her mission she discovers many things are not what she thought they were and slowly becomes aware of a need to learn more. A lot more, but how? If she learns too much the wizards against her will be able to extract what she knows. 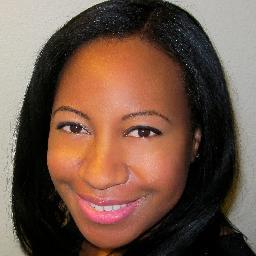 Love, hate, friends, foes, adventure, Vampires, and Nazis. What more could you ask for?

That 4.4 surprised me when it came up. Yes, I use a formula. I do an average of the 5 categories. And that number is what I post here and on Amazon and on GoodReads. It keeps me honest. But I tell you, 4.4 is misleading. I really enjoyed this book. I could tell research and a lot of effort went in to putting out a quality story.

Alesha L. Escobar is an Author and more based out there somewhere. There are two other books available in the Trilogy. Visit Amazon here for her author page to get them all. Book 1 and 2 are Free and book 3 is .99 right now. Get them before they blow up and she starts really charging for them.