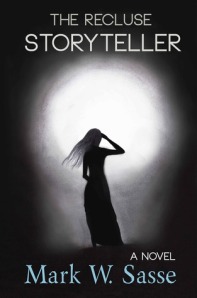 When I first met Margaret Pritcher, the recluse storyteller, I was not sure what to think.  At first I thought she was a psychic, or even mentally challenged, because she somehow spiritually channeled deeply buried secrets from some of the apartment dwellers in her building by weaving their stories into her own life.  I was intrigued by her storytelling methods.

Margaret is an outsider in the world she lives in. A typical recluse, she worked at an online job to support herself.  She only went outside her apartment at night, when she thought she would not run into people she knew.  Her strangeness works for her benefit though, and I felt like I wanted to protect her because of the way she was portrayed.

Not far into the book, I realized that she could not control when or where these stories came from.  They seemed to flow from her very soul, almost as if she was possessed.  Each of the stories Margaret told seemed to intertwine within each person’s own personal story.  With the reciting of each narrative, Margaret became weaker and weaker as her own life unraveled from her dedication to her story telling. Through the telling of these stories, Margaret and her friends find the wisdom to face their own demons and to accept themselves for the people they had become in this life.

From “Red Hat,” Mr. Cheevers, Mrs. Johnson and her twins Pam and Sam, to the Reverend Davies, and Janice, Margaret’s only living relative, I felt myself drawn into the intertwining threads of their lives and the moments that seemed to define each of them.  The story of the Vietnam Veteran gave me a glimpse into a world torn with war, split second decision making, and remorse at the hand of fate.  I was deeply moved by the journey each character took in the story telling.

Mark Sasse writes with an unusual narrative, almost akin to stream of consciousness writing, which pairs nicely with Margaret’s personality. At first, I felt like the book was hard to follow.  Nevertheless, I found the characters to be

intriguing, and the more I read the more I began to understand how the writing style was all about Margaret and the telling of her stories.

I felt the book emphasized how much we all share together in the realm of humanity.  Just as the lives of the characters in this book intertwined, so do our lives with many other people.  In addition, I felt that each character seemed to have a lesson to learn.  I could see that our lives are just that, a series of events which teach us something about ourselves we did not know to begin with.

I immensely enjoyed this book and the style that it was written in.  Mark Sasse’s attention to detail made Margaret and the cast of characters realistic in my eyes.  I would recommend this book to anyone who is searching for the answers and meaning in everyday life.