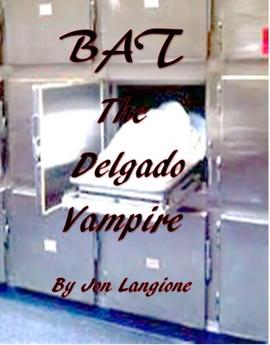 The Second in the series to BAT The Taninger Vampire, see his Author Interview here.

BAT is under contract to the crime boss of the Delgado drug cartel to take out drug mules of the rival Romano cartel. BAT and her partner Trixie live in Bisbee, Arizona, north of Naco, Mexico. The vampire attacks bring in the federal DAs office and ADA Terri Bright is on the hunt. Terri has vampire hunters on her side, but can they stop the attacks, and can they stop BAT, The Delgado Vampire.

One thought on “BAT The Delgado Vampire by @langionevampyre Book Release TODAY!”