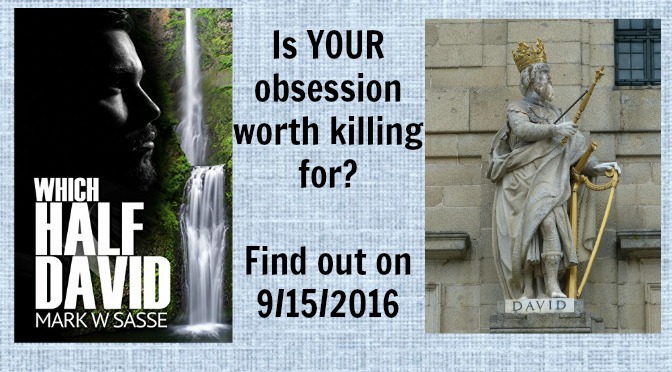 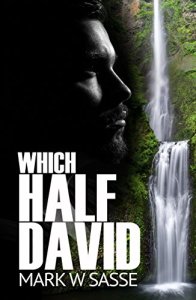 In the author’s words:

“Is your obsession worth killing for?

American mission worker Tobin Matthews becomes a local hero and celebrity in the Sulu Republic when he inadvertently foils a gang of human traffickers. But the heroism cannot mask his desperate soul, which wrestles with a broken marriage and a crippling set of doubts. As he sinks to a new low, his brazen ex-lover arrives in Sulu with her own agenda. The Asian beauty quickly becomes the greatest temptation of his life, and he must decide how far he is willing to go to have her.

Which Half David is a modern twist on the centuries old tale of King David. Set against the lush backdrop of the fictitious Southeast Asian island nation of Sulu, it is the story of one man’s dramatic fall from grace, and his struggle to come to grips with both halves of who he really is.”

Imagine if you found yourself in a situation where you had to fight to the death in order to protect yourself and survive. Would you be able to take on the challenge? When Tobin Matthews is faced with this exact situation he follows his instincts and survives. The price is high, and he wrestles with his choices much as King David did in the Bible narrative.

Mark Sasse triumphs in the reciting of this spectacular tale of Tobin’s fall from good will. A beloved missionary to the Sulu people, Tobin makes a stand in the defense of the small village. The killing weighs heavy on his mind and acts as the catalyst which sets the rest of the story in motion.

What follows is a story of a man conflicted by his choices and how he must reconcile his deeds with his religious beliefs. Through the author’s careful depiction, the reader steps inside the heart and the mind of Tobin Matthews. Each situation in the story builds off of the last. Tobin soars to fresh heights of depravity which catapult him back to the reality of his deeds. In the end, he is driven to confront the truth about himself and the type of man he has become.

However, from the beginning, Tobin is portrayed as the guy who does no wrong. He almost seems too good to be true. As the narrative progresses and he is confronted with one decision after another, you start to see his armor crack.

Tobin is not actually a hero. He just happened to be in the wrong place at the right time, and then it was doing something self-destructive – getting drunk. But that is what I most liked about the character. He was human. He didn’t arrive at the right decision all the time. He had a good inside that he didn’t realize he even possessed.

This battle, between the good and bad halves of Tobin Matthews, is what made this story shine. The conflict is real, and anyone who reads this story will recognize facing some of the exact trials in their own lifetimes. It all comes down to choices.

I have been a reader of Mark Sasse’s books for a couple years now. “Which Half David,” is by far my favorite of all of his novels. I loved the fact that the story took place in Asia. It gave it a different personality from that of the Bible story, without changing the message.

This is one book you will not want to miss!

Mark is a proud Western PA native but has lived most of the last twenty years in Vietnam and Malaysia. His experiences in Asia have redefined everything including his palate, his outlook on life, and naturally his writing. You can find him most days cruising around Penang Island, eating the local delicacies and taking in the sun and exotic breezes as he looks for interesting places to write.

He has authored four novels with number five and six already somewhere on the horizon. His interests cast a wide net – from politics to literature – to culture and language – to history and religion – making his writing infused with the unexpected as he seeks to tell authentic and engaging stories about people from all walks of life. His writing is straightforward and accessible to all, especially those who enjoy writing injected with doses of Asian culture, history, adventure, and delightful humor. You never know what you might get when you pick up a Sasse novel.

Besides novel-writing, Sasse is a prolific dramatist, having written and produced more than a dozen full-length dramatic productions. He especially is fond of the short play format and has won the Best Script award three consecutive years at the Short & Sweet Theatre Festival Penang. His play, “Words to Say at the End of the World” won five awards this year including Best Overall Performance and Best Director. His plays and short musicals have also been produced in Kuala Lumpur and Sydney, Australia. Performances of his scripts also won Gold and Bronze medals at the Southeast Asian Forensics Competition 2014.

His professional background is as diverse as his writing. He holds Master’s degrees from California State University Dominquez Hills and Azusa Pacific University in Humanities and TESOL respectively. His undergraduate degree was in English, which helped him develop his passion for creative writing. He has extensive experience in teaching English, history, and drama.

On top of all of this, he loves to cook everything from gourmet pizzas to Mexican, to various Asian dishes. Flavor is the key to both his cooking and his writing. He very much hopes you enjoy the taste.

Make certain to connect with Mark through Facebook at Author Mark W. Sasse and his blog at MW Sasse.com.