Wow! This was an amazing read. It’s hard to write up a brief summary of what this book is about because there was so much going on. It opens with bodies falling, bullets flying and it doesn’t stop there. I’ve read a lot of science fiction novels and I have to say this is one of my favorites. So much blood was shed during the course of this book as the world of Frihet rebelled against Earth. Earth’s only chance for victory is the alien ship Spearhead, run by Joniskyredread, a Sklalen, who we refer to simply as Jon, and his human friend, Bryant Johnson.

There are a lot of characters throughout this book and they all seem to pop out from the pages. There are obvious evil ones, good ones and the ones we don’t know whether or not we can trust. No matter which side they’re on, the characters are to be remembered. In reference to Jon, though, I sometimes had a hard time keeping in mind that he was an alien. We’re reminded of his gray skin now and again; however, being referred to as Jon throughout most of the book just made him seem human.

The writing was tight and well done. I almost heard the war going on within the safety of my own home. My biggest issue was the POV. I noticed it especially toward the ending that we’re in one character’s POV and suddenly we know what the other is thinking or feeling. I don’t think it happened too often earlier on but it’s possible I overlooked it because I was too engrossed in the tale. It’s also possible it was meant to be that way in order to help the speedy pace. Either way, I prefer to focus on one person’s mind. Additionally, what really gnawed at me were the use of characters’ thoughts. I like it when authors italicize the thinking so it’s kept separate from the narration. This author didn’t do that. There were a lot of times when it’s a lone sentence in a paragraph, making it first person. After that one sentence, the narration would continue a new paragraph in its usual third person, until a short paragraph later, it’s back with a lone sentence in the first. It just struck me as awkward. But still, I rate this book as amazing. I feel any science fiction fan or any war lovers would enjoy this book. It’s a thrill ride you need to buckle up for. 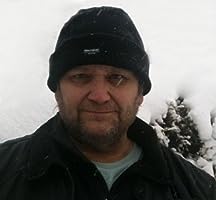