One of the most important lessons that I’ve learned as an aspiring writer is that it’s a major headache. Sometimes, I feel like finding a new hobby. I don’t know about other genres, but mysteries (my preferred field) can be such a pain. You have to hide evidence in plain sight and weave the story together in this perfect little web so that in the end it makes sense. And the catch is you don’t want your readers to say “yeah, duh. Saw that coming.” You want them to say “wow! I should have seen that coming!”

Because I try to come up with that twist to shock my readers, I hit many roadblocks. When I write, my mind tends to go one way, and then I’m like “well, that’s stupid. It doesn’t make a bit of sense.” I also try to be original. In this day and age, with all the unoriginal ideas, I think people would enjoy something fresh. Sometimes my attempts at originality turn dull, or plain dumb.

A headache. Actually, a migraine now that I think about it.

In the current manuscript I’m working on, I’ve written a hundred pages already, almost 40,000 words of my 80,000-word count goal. Since I had no clue as to where I really wanted to go, I hit a major roadblock. It’s like my characters are all running amuck doing completely different things than they should.

Then I began to stress. I’m a stresser, so it comes on naturally, especially when I want to do well in something I love. After trial and error, I found a few tips to help me iron it out a little bit: I’ve listened to the computer read the pages each morning, which not only helped me to add a few more scenes, but I’ve come to realize that the ending I had in mind wasn’t going to work for where the story was actually heading. In a book I started reading, if I remember correctly, I believe it was Stephen King’s On Writing, he said that he once read  Ernest Hemingway would read his work every morning from beginning to end before he wrote another word. I thought that was a great idea. So I started doing just that. I’ve found that it helped me a great deal. I was able to untangle some of the messes I created by not paying attention, or details I forgot. It takes me longer to finish my writing, but I’ve come to appreciate that in order to do it just right, you have to take your time. Especially if you’re an “organic writer,” like I am.

During a brief stressing out period, I was recently reminded by a fellow writer friend that this is the “fun” time. It’s the time when I’m building new worlds, creating new characters. I was struck by the realization that I’ve forgotten this was supposed to be a hobby. I was stressing myself out by trying to have my sequel (and other manuscripts-to-be) written in a certain time period (30 days).

Stressing causes me to have writer’s block, which in turn, causes depression, which results in my having a hard time getting my writing mojo back on. It is supposed to be fun. Starting a new story is always enjoyable, but I’ve realized setting unreachable goals, such as 30 days for an 80,000-word manuscript, fun will be replaced by a hair-pulling me. I’m not saying that it isn’t possible to reach 80,000 words in 30 days. I’m sure plenty of authors are capable, and I’m sure even I will manage it…some day. But to me, writing can be like losing weight. If you set unrealistic goals, you may fail. It’s better to have a long-term goal, giving you a little leeway. At least when you’re starting out.

Being a writer is a very peculiar sort of a job: it’s always you versus a blank sheet of paper (or a blank screen) and quite often the blank piece of paper wins. ~Neil Gaiman

So instead of moving forward, I began to re-read my story to clean it up. Now that I’ve been able to take a deep breath and stop hyperventilating, I was able to see where it was supposed to go. Sadly I’ve removed a lot of scenes that I’ve spent time writing. It just doesn’t fit…for this particular story, anyway. I have a lot floating around in my head right now. I just might be able to find a home for those scenes somewhere. However, even if I don’t, I don’t feel like I’ve wasted a lot of time and energy writing those scenes. I was able to replace those scenes with an equal amount of wording because somehow it gave me the inspiration.

And because I have a friend that is a writer, I’ve been able to brainstorm new ideas for this story. Whether I use it or not, it helps me overcome those pesky blocks. I suppose that there is no right way to write. I suppose it’s all up to you, as an author, to find out what works for you. For me, it’s a lot of trial and error. I tend to be clumsy and stumble around, but I’m slowly finding my footing in this world. What are some ways that help you to move forward?

There are three rules to writing a novel. Unfortunately, no one knows what they are. ~W. Somerset Maugham 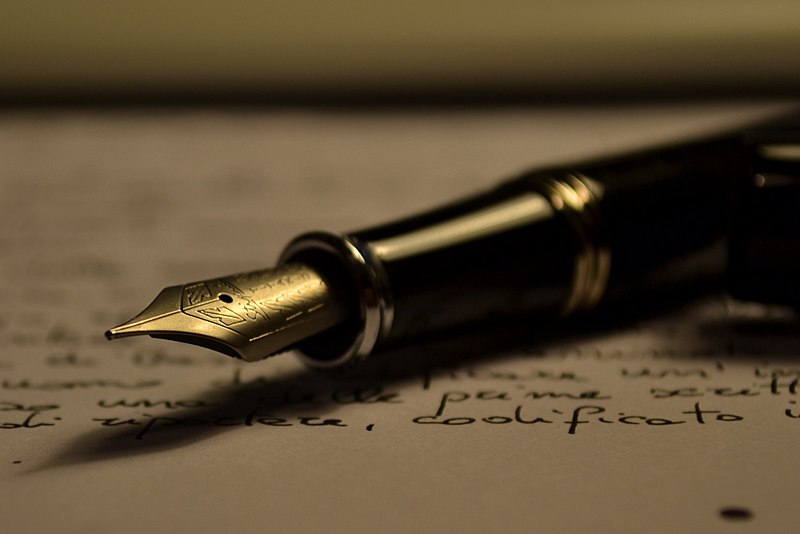