When huge holes mysteriously formed in Alaska’s North Slope, a research team went to discover their cause. But when an army of invading demons erupted out of these hell holes, only two scientists and Aileen, the team’s secretive photographer, survived. Now in this exciting second book in the Hell Holes series, they must flee south along 350 miles of the Dalton Highway, one of the world’s most treacherous roads. Aileen, a member of an ancient order charged with defending humanity from Hell, must save the two scientists, but who will save her?

Hell Holes: Demons on the Dalton is volume two of What Lurks Below. It’s another action/adventure written by Donald Firesmith. This time, we’re in Dr. Angela Menendez’s (Dr. Jack Oswald’s wife) point of view. She picks up where we left off in volume one. Oswald and his team are desperately trying to escape the demons that are set on pursuing them.

The character development was a bit lacking. There were not a whole lot of conflict as I’d imagined there would be. After all, stress and fear make even the nicest person a tiny bit snippy, and I saw none of that in the story. However, I was eager enough to see what would happen next to not worry about the lack of character conflicts. There was enough nail biting and plenty of surprises to keep me wholly satisfied as I read. The ending was left as though a continuation could come into play. Or possibly it’s left for our imagination to work out. We’ll see what Firesmith has in store for us next.

Overall Rate: 4 out of 5 stars 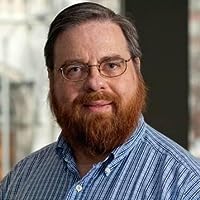 Donald Firesmith is an ACM Distinguished Engineer who works at the Software Engineering Institute (SEI), a Federally Funded Research and Development Center (FFRDC), where he helps the United States Military and other Governmental Agencies acquire large and complex software-reliant systems. He has 34 years of experience in both commercial and governmental software and systems development in numerous application domains that range from software applications and management information systems to embedded aviation and space systems. His primary areas of expertise include requirements engineering, system and software architecture engineering, object-oriented development, testing, quality engineering, and process improvement including situational method engineering.
Donald Firesmith has published dozens of technical articles, spoken at numerous international conferences, and has been the program chair or on the program committee of multiple conferences and workshops. He has taught several hundred courses in industry and numerous tutorials at conferences. These articles, presentations, and conference papers can be downloaded from his personal website. He is the developer of the OPEN Process Framework (OPF) Repository, the world’s largest free open-source website documenting over 1,100 reusable system/software development method components.To relax, he writes fantasy and science fiction books and crafts magical wands as a hobby.LinkedIn: https://www.linkedin.com/profile/view?id=1955172
Wikipedia: http://en.wikipedia.org/wiki/Donald_Firesmith
OPFRO website: http://www.opfro.org
Personal website: http://donald.firesmith.net
Facebook: https://www.facebook.com/don.firesmith
Twitter: https://twitter.com/DonFiresmith
Feuerschmied’s Wand Shoppe: http://magicalwandshoppe.com