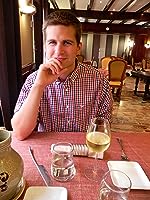 2 thoughts on “The Buried Few #bookreview”