It was pitch dark outside a stately New Jersey mansion early in the morning of Tuesday, July 11, 1916. Inside, a man’s body lay on the floor. His wife held a smoking gun.

Two little girls crept from their bed and clung to their mother. She arose with the revolver carefully pointed away from them, and then, in fright, threw it down. She sank back and wept. The six-year-old ran to soak a towel in water from the sink and returned to bathe her mother’s face. The servants came.

Was it murder or self-defense?

This true story is told as almost everybody learned it at that time — through the actual printed newspaper reports, day after day as the tale unfolded. It is a unique way to look at this gripping drama of not so long ago.

This has prospect for being a five-star book. The reason I rate it three stars is because it was mostly a compilation of old newspaper clippings with a brief narrative thrown in here and there.

Yes, it is a true crime story, which makes it hard to write. As I began to read, I’d expected a little more of a narrative than who said what at what time, especially with Mr. Garrigues being a longtime journalist. For someone that hasn’t lived in that era, and loves to disappear in those times, I’d hoped for more of a painted picture of the times and the scene of the crime.

George Garrigues provided a slight background of the troubled family life. With each instant of the murder to the trial, he provides the dates as well as the magazine articles he got the information from. In the end of the story, he offers his own opinion of what really happened in 1916 when a wife murdered her wealthy, extremely abusive husband. He also provides “where they are now” as movies tend to do, which proved to be interesting.

When I first saw the name of the book, I wasn’t too crazy about the title. However, when I reconsidered, I decided that I loved the title.

Overall Rate: 3 out of 5 stars 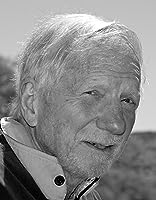 George Garrigues has been a journalist since he his brother, Charles Samuel Garrigues, put together a hand-printed “newspaper,” to send to their absent father in a distant city. Later, the said absent father wangled a job for George as a oopyboy on the San Francisco Examiner, at the age of 15, and they worked together in the same newsroom. the father on the copy desk, and the son on the copy bench, which is where all the copyboys sat.

George wrote a book about his father, “He Usually Lived With a Female,” which is now out of print, but you can still buy it very cheaply on Amazon.com.

George was a reporter on the Inglewood Daily News, Ontario (California) Daily Report, and Los Angeles Times. He later was a journalism professor at several universities. He worked in public relations for the State of California (San Francisco and Sacramento) and the International Labor Office (Geneva, Switzerland).