“The Three Things Serial Story was a spontaneously written (“pantser”) story. Everything in it — characters, setting, plot, was driven by “things” left by readers of the blog Teagan’s Books, episode by episode.

It quickly became a 1920s Mystery with armature sleuth, Pip, telling the story. Pip is determined to be a modern woman, a flapper.

Each week readers left three more things. The story evolved according to what those random things inspired. The serial began with an oscillating fan, which brought me the vision of the 1920s setting. The era and narrator continued in two more serials that followed.

While it was not great literature, it sure was a fun ride! Many readers asked me to provide the serial as a book, and that’s what I’ve done with this novella. So, sit back and enjoy the Three Things Serial.”

Are you ready to step back into the 1920’s to join Paisley Idelle Peabody, in solving a mystery? Hurry up and dig your best suit out of the attic and grab your sequined flapper dress because you are in for a fun time. It’s the real cat’s meow!

This was my first time reading a Teagan Geneviene serial novella. What a unique and novel idea! What I enjoyed most was the randomness of the words chosen at the beginning of each chapter. This required some writing skill because she had to structure each chapter in such a way as to use the selected words provided by her readers. And, the author had no idea how the story was going to evolve. I found some insight into the writing of the story on her blog, Teagan’s Books. Here’s what she had to say:

“Everything about this story was determined by the random “things” readers sent.  Absolutely nothing was pre-planned.  First came the narrator, Pip, aka Paisley Idelle Peabody.  I imagined the voice of Lucille Ball as Pip, telling a story of her youth.  Then came the 1920s setting, inspired by an oscillating fan. Next, the “things” brought characters, particularly Andy who came back for another serial. Eventually, a thing gave me the Florida setting.  I think you get the idea of how this worked.

Pip, a modern woman — a flapper, begins the first of several adventures.  In this story, a mysterious white-haired woman is kidnapped.  Pip finds a bent key, a scrap from a special quilt, strange tattoos, and other “things.”  Later, Pip and her friends find themselves on a luxurious yacht where they encounter figures from history and celebrities of the era. The mystery comes to the forefront when they reach the destination, the gilded mansion, Cà d’Zan.”

The tale unfolds quickly, much like the old black and white movies from the period. You get right into the story and meet the characters, who are likable and believable as they comfortably fit into the Roaring Twenties time frame with their language and mannerisms. There is a mystery to be solved, and I liked the way the story evolved. There were even some surprises along the way.

At first, I read a couple chapters a night. Finally, I couldn’t wait any longer, so I finished the book off. I had to find out what became of the little old white-haired lady!

This was a fun and engaging trip back into the flapper era, and I loved it!

Teagan Ríordáin Geneviene, a southerner by birth, was “enchanted” by the desert southwest of the USA when she moved there. She had always devoured fantasy novels of every type. Then one day there was no new book readily at hand for reading — so she decided to write one. And she hasn’t stopped writing since. Her work is colored by her experiences in both the southern states and the southwest. Teagan writes many types of fantasy, from what she likes to call “quest type” fantasy, to urban fantasy, to fantasies with a dash of mystery. Her blog “Teagan’s Books” contains serial stories written according to contributions from viewers. Major influences include Terry Brooks, David Eddings, Robert Jordan, and Charlaine Harris.

To watch a trailer for the book, click the link below: 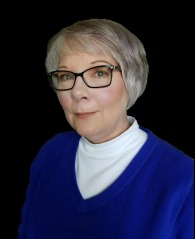 18 thoughts on “#BOOK REVIEW BY @COLLEENCHESEBRO OF “The Three Things Serial Story: A Little 1920’s Story,” BY AUTHOR @TEAGANGENEVIENE”