“Trapped. In a world where everything is measured and control pervades every area of life, four people begin to break down. Instead, they break through the walls of deceit and propaganda and into a world of revolution.

Each, in their way, vow to overthrow the established order. They embark on a journey against the forces arraigned against them, forces of the state and self-doubt.

Ultimately their paths converge on a dangerous road and the discovery of an ancient secret.

Four people, four rebels. Four journeys of self-doubt and discovery that converge on the road to revolution and the discovery of an ancient secret.”

I have never been a fan of dystopian novels. For me, they were always too dark and miserable, filled with human misery and oppression. You can imagine my joy then when I dug into Mankind Limited to find a book filled with characters who were well-rounded and human, flaws and all. I even found an element of hope buried within the pages that drew me further into the story.

In a time, possibly not too far in our future, the MOD has assumed complete control of the government. Nobody crosses them or even attempts to. People become automatons, there but for one reason – to earn money. Individuality is frowned upon. All you are allowed to do is work.

If you lose your job, which is considered a public failure, you are allowed to stay on welfare for only a very short time. The possibility of getting another job after that would be slim to none. Once an individual falls off the bottom of the Personal League Tables, they become illegals, forced to live on the street. Tens of thousands of illegals are shot in the act of criminal activity each year, simply trying to survive.

The government has found a way to manipulate and drug people so they can control them. The MOD believes a docile employee will work hard and earn more money. One such man, Marc, finds himself struggling to survive in this world. It is as if he cannot adapt. Eventually, he loses his job and his wife. He finds himself part of a fringe group of illegals hunting for information about a MOD program called Noah’s Ark.

Richard and Jane, brother and sister, along with their friend, William, welcome Marc into their group of illegals. One day, during a reconnaissance mission to a laboratory high in the mountains, the group comes upon a secret so deadly, it could spell the end of the world for them all. Evidence must be destroyed, so the group plants a bomb to insure the secrets are never used against humans.

As they make their escape, they discover the President is on his way to the facilities for a briefing. The bomb blows the research laboratory and the President to smithereens, branding the illegals as murderers on the run.

Now, this is where I found the story got really interesting. This series of events leads the foursome on an adventure of self-discovery. Each person deals with the trauma from their life decisions, leading the reader to a culmination of events at the explosive ending where the secret is finally revealed.

The plot and characters were superb. The only thing I found I had to get used to was the way the author switched scenes and characters within the same chapter. This was done, I am sure, for perspective and as a way to show what was happening to each character all at the same time.

I must admit, I was surprised by the ending. Scott Bailey skillfully wove a tale of intrigue and suspense with just the right amount of dystopian dread. Bravo! 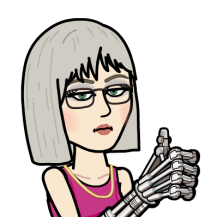 Scott Bailey is a freelance writer, author, and blogger. His works include the dystopian novel “Mankind Limited” and “A Spring of Dreams” collection of poetry. His blogging ranges across family articles, poetry and short stories and even the odd book or movie review.

Make certain to connect with (author) through his Twitter @houseofbailey, and Facebook atScott Andrew Bailey. You can also find Scott on his author blog: Scott Andrew Bailey
and his personal blog, House of Bailey.

2 thoughts on “#BOOK REVIEW BY @COLLEENCHESEBRO OF “Mankind Limited,” BY AUTHOR @HOUSEOFBAILEY”