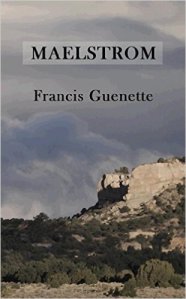 “A shot is fired into the still night air and a young woman dies on Suicide Ridge. A dangerous game has begun. Over the course of one blistering, hot week, winds of change sweep through an isolated valley in small town America.

Sheriff Bert Calder, with the help of Mayor Amos Thatcher, has held the town of Haddon under his thumb for twenty-five years. As things spin out of control, Calder works the angles, ensuring he can make the most of the upheaval that is to come.

Rafael Destino, facing his own mortality, races against time to gain control of the railroad – a lifeline essential to the town’s survival. His goal – to financially destroy Thatcher, the man he believes responsible for the death of his beloved sister. His tool – adopted son Myhetta. But how far down the road of revenge will Rafael push the young man who owes him everything?

Myhetta is poised on the edge of controlling Destino Enterprises, the job he has been groomed for. While money, power, and influence are his to command, the past continues to torment him.

In a clash of powerful men, with fathers pitted against sons, no one will be left unscathed. Maelstrom is a page turner that speeds along like a runaway train.”

“Maelstrom,” is a novel rich with multidimensional characters who grapple with the turbulence of power, evil, and control in the small town of Haddon, somewhere in North American. Fear controls everyone in this novel to some degree with a darkness that I found intriguing. This is one of those novels that sucks you into the whirlwind of events from page one onward! I literally could not put this book down. The characters got into my head!

Sheriff Bert Calder is the consummate study of evil and the detrimental effects of an out of control ego and an overabundance of power. His character was one of the cruelest and most demented I have read in a long while. The wickedness of the man was just mind boggling. Calder had no scruples. Rules did not bind him to family or to those of his elected office. At times, he came across to me as an omnipotent being which made for an even more exciting read. Calder is simply sinfully wicked.

In fact, all of the characters seemed to possess a multifaceted humanness which blurred the lines between good and evil. The protagonist, Myhetta fights the demons of his blood inheritance right along with the good fortune he inherited from his adopted father. Myhetta’s entire life balances between good and evil as he struggles with his past and his future. It is this deep struggle to find a balance within his own family that made me like Myhetta so much.

Myhetta’s half brother, Casey possesses a supernatural ability to feel and see what his brother experiences. A trait that ran through the Destino family once again emphasizes the strong connection to family and blood that remains as the central theme to this novel. To me, Francis Guenette is a master at depicting “family intrigue.” All the novels she has penned, that I have read, always have strong family connections portrayed by her characters.

It was no great surprise then when I learned that this story was the original creation of her mother, June Guenette. After her mother passed away in 1997, the unfinished manuscript disappeared within the confines of Francis’ family, remaining as only typewritten notes, and passages. Once rediscovered, the manuscript began a maelstrom transformation of its own with Francis reconstructing the story. I think June Guenette would have loved the resulting collaboration between mother and daughter sharing another link in the family chain.

If you are looking for a book that will take your breath away and leave you on the edge of your seat, look no further! Maelstrom will propel you into a vortex filled with hate and prejudices where the only way out is to find trust and love within your own family. 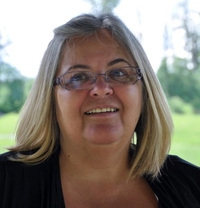 For most of her working life, Francis has been an educator. She has worked with special needs children and youth and taught at the undergrad level at the University of Victoria. She has a graduate degree in counseling psychology and very nearly completed her Ph.D. There was that pesky matter of the doctoral dissertation, but enough said on that score! She has worked as a trauma counselor, a researcher, and a graduate student supervisor.

Disappearing in Plain Sight is her first novel. She has recently published a sequel (in what she is calling the Crater Lake Series) entitled The Light Never Lies.

Visit her blog, disappearinginplainsight.com to learn all you would ever want to know about Francis and her writing life. There you can say hello, connect with her through her Twitter @FrancisGuenette, and Facebook at francisguenette/author. 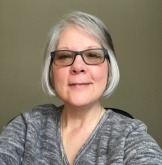 8 thoughts on “#BOOK REVIEW BY @COLLEENCHESEBRO OF “Maelstrom,” BY AUTHOR @FRANCISGUENETTE”