Often when a book hits NYT bestseller lists you’re soon going to see a spate of similarly designed covers. Similar colours, typography, and images that are intended to catch your eye because if you’ve read or seen the bestseller, you’re going to pause because on some level you recognise the new cover. 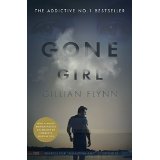 Then hopefully you’ll take the time to look at it, like it on its own merit, and buy it. This could work if the two books contain similar genres, and the cover isn’t just an attention grab for a story wildly different. This is quite acceptable to be honest, and a good way to get a nicely composed cover if you’ve never made one before, but the two above look like they’re part of a series to me. I just personally don’t think that it’s fair on your story. Each book deserves its own unique cover which should reflect something about its own tale.

Trends in cover design are another thing altogether. It’s a good idea for you spend some time checking bestseller lists before you decide on your new book’s cover design. Just as trends happen with the subject matter of books, it happens also with cover design, and this can definitely give you an edge getting your book noticed without having to obviously imitate another. Lately I’ve noticed covers that are less busy. There are quite a lot of white backgrounds happening for self-help book covers now, which looks great as long as you remember to frame the eBook version so it doesn’t entirely disappear on its online landing pages. Top designers are making use of actual handwriting for typography, interesting textures and objects, and simplicity seems to be the order of the day.

The market is flooded with books with photographs of people on them right now, and it might be a good idea to consider ways for your cover to stand out from the crowd other than using that stock photo that brings to mind the cover of another hugely successful book. Rather than purposefully making your cover mimic another, how about making it pop right out because of its simple but still trendy individuality instead? A lot of publishers seem to use the reasoning that if it ain’t broke then don’t fix it, and if one cover design works for one book, it should do the same for others.

Once you have the general idea of what you’d like to see on your cover design, have a wander around the Goodreads and Amazon bestseller lists in your genre, and get some hints on the styles that are popular now. You don’t have to have everything in your story depicted on your cover. Think outside the box. Symbolism, silhouettes, huge typography, possibly handwritten on a clean background, or on a simple burst of colour like Liz Gilbert’s new book. 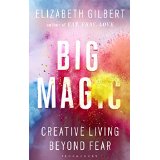 Not only stylish and eye-catching, but also quite easy for Indies to make themselves if they can’t afford a cover designer yet. So, while picking up trendy tips for what kinds of covers are catching reader’s eyes right now, make sure to put your book’s own individual character on your own, rather than actually copying what’s trending, and have a whole lot of fun creating it.