Danny Belson is the epitome of a struggling actor. Young, good-looking, gifted with the body of a young adonis; he has done his time waiting tables, scrubbing toilets, appearing for auditions, and waiting for his big break in Hollywood to finally come. When he isn’t playing pool or meeting beautiful women, Danny Belson is just a normal guy trying to make a make a living as an actor.

Always looking for that elusive “break,” into Hollywood, Danny gets recruited as an acting assistant by Ellie, the leader of a two-week acting workshop to help inmates find better jobs after incarceration at the Lompoc medium-security prison. Danny was chosen to take part in California’s answer to New Jersey’s highly acclaimed “Scared Straight” by actually working with the inmates. However, the job does not come without difficulties as Danny struggles to earn the respect of the inmates.

Danny persists and is able to share with the men what the real world of acting is all about. Many of the men accept him and deep friendships are forged. Feeling that honesty is the best way to learn, Danny critiques one of the men for their performance during a role-playing exercise. The man is offended and storms out of the workshop. Danny realizes he has made a critical error in judging this man’s character. Even though Danny feels rewarded with the success of the inmate actors, he knows that he has made an enemy.

After the success of the acting workshop at the prison, Danny returns to his normal life. He stumbles into an audition that promises to change his life for the better. While giving the best performance of his life at the audition, he meets the woman of his dreams. It is quickly apparent from the reception the two receive at the audition, the duo are sure to strike it big! Danny and the woman agree to meet after her waitressing shift at the local bar is finished later that night.

In a bizarre turn of events, Danny is involved in a car accident that night on his way to meet this bewitching new woman, which results in the death of a pedestrian, who turns out to be the lover of a high-ranking city official. Framed for the murder, he finds himself behind bars at the Lompoc medium-security prison. In just a short amount of time, Danny’s life is suddenly turned “INSIDE OUT!”

Jack Kearney used a unique style of writing when sharing Danny Belson’s life with the reader. Intimate flashbacks of Danny’s life, written in the first person, were used to tell the backstory in an effective manner without chapters splitting up the cadence of the story. It took me a bit to get used to the writing style but by then I was engrossed in the captivating story itself. I was so engaged I read the story in only two nights.

This is the raw and explosive story of a man wronged by a prison system that is fraught with scandal and greed. I loved the rehabilitative ideal of the men attending acting classes as a way to give them freedom from their prison environment. With some of the men, I got the distinct feeling that the characters were already skilled actors by committing the crimes they were convicted for.

However, it was through acting and pantomime, these prisoners were able to change their perspective on life. I know it’s been said before, but sometimes all you need is the right break or for the right door to open. This is a central theme throughout the story. It is the glimmer of hope, the thread of possibility that cheers men forward to do bigger and better things with their life.

I won’t kid you. This book portrayed the brutality of prison life which brought tears to my eyes. For me, what championed the story was the deep friendships from the men in the acting class and how they related to Danny. All of the men, convicted criminals, showed a side of humanity filled with honor and integrity that seemed to be lacking from the actual prison officials. It really made me think about our prisons and what their actual purpose is, to rehabilitate prisoners or to just keep them away from the rest of society. This was a thought provoking read.

It is said that adversity changes you sometimes for better or for worse. Danny’s triumph is knowing when to act upon his misfortunes while remaining true to himself. I found the end of the book to be spectacular and soul satisfying! 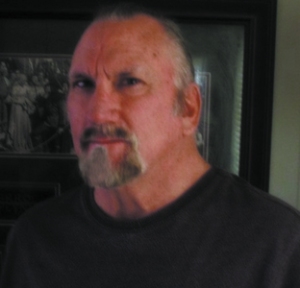 My experience as an actor in the late seventies inspired me to write a script in the mid-eighties that led me to write this book in 2013. There has never been a storyline where the protagonist, a non-criminal is thrown into prison where he already knows some of the inmates.

For most of my life, I was a struggling actor. I appeared on such shows as Mash, WKRP in Cincinnati, and General Hospital. For a short time, I even taught an acting workshop. Today I am a struggling acting coach in Northern California, but back in the mid-seventies, I was a recent graduate of the very prestigious American Academy of Dramatic Arts where I was part of the first graduating class in Los Angeles.

After that I joined the ranks of the other sixty thousand would-be stars who acted in showcase plays, occasionally going on professional auditions, and attending weekly workshops. Waiting for that big break I had many survival jobs typical of the actors of the ’70s and ’80s.

But sales seemed to offer the only possible way to make a living and contrary to popular belief, I discovered that a salesperson is made not born. In fact, commissioned sales can be almost as frustrating as breaking into show business. I am currently working out of my home, on commission, for a newsletter publishing company.

I have been married twice. My first, which ended in divorce gave me my beautiful daughter Shannon. I lost my second wife of ten years to cancer in 2012. Now 63, I currently reside in Northern California with my Yorkie-Poo Toby.

Make certain to connect with Jack Kearney through his Twitter @insideoutauthor 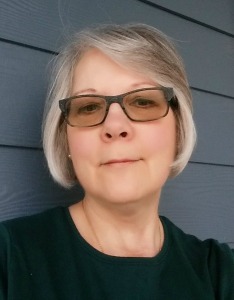 An avid reader, Colleen M. Chesebro rekindled her love of writing poetry after years spent working in the accounting industry. These days, she loves crafting syllabic poetry, flash fiction, and creative fiction and nonfiction. In addition to poetry books, Chesebro’s publishing career includes participation in various anthologies featuring short stories, flash fiction, and poetry. She’s an avid supporter of her writing community on Word Craft Poetry.com by organizing and sponsoring a weekly syllabic poetry challenge, called #TankaTuesday, where participants experiment with traditional and current forms of Japanese and American syllabic poetry. Chesebro is an assistant editor of The Congress of the Rough Writers Flash Fiction Anthology & Gitty Up Press, a micro-press founded by Charli Mills and Carrot Ranch. In January 2022, Colleen founded Unicorn Cats Publishing Services to assist poets and authors in creating eBooks and print books for publication. In addition, she creates affordable book covers for Kindle and print books. Chesebro lives in the house of her dreams in mid-Michigan surrounded by the Great Lakes with her husband and two (unicorn) cats, Chloe & Sophie. View all posts by Colleen M. Chesebro

10 thoughts on “#BOOK REVIEW BY @COLLEENCHESEBRO OF “INSIDE OUT,” BY @INSIDEOUTAUTHOR”