Meet Jackie and Steve Breeden, your average hard-working, dairy farming, salt of the earth kind of folks who live on a rural farm in Michigan. Time has marched on in their lives, and both, Jackie and Steve, realize that as they are getting older their dream of hitting the road and seeing the beauty of what America has to offer, in the style of their hero Charles Kuralt, is becoming a shadowy memory. Life for the Breeden’s has become predictable and dull.

Just when Jackie and Steve accept that their dream is gone, their son Brandon abruptly loses his job at the GM Plant not far from town. Armed with the knowledge that Brandon and his wife, Amy, a Vice President at the local bank, are going to lose their home to foreclosure, Jackie and Steve decide to buy a Winnebago. It is a win-win situation for all of them. Brandon and Amy can move into their house while Brandon tends the milking business, and Steve and Jackie can travel and explore the United States fulfilling their lifelong dream. What could possibly go wrong?

Meanwhile, back at the farm…

Amy is a conniving, whining, money obsessed twenty-something, typical of an entitled generation. Amy decides that she is not going to take losing all the things she worked so hard to possess, just because they wallowed in insurmountable debt.  In Amy’s eyes, she deserves her luxuries, no matter what!

In no time, Amy hatches a scheme to expand the Breeden’s micro dairy business by growing and selling marijuana edibles, convincing Jackie that this is the way of the future. One day while at work at the bank, Amy secretly manipulates the amount of the loan for the Winnebago and the line of credit to finance supplies for her burgeoning marijuana crop.

Jackie and Steve leave for their trip, entrusting the care of their home and business to their son and daughter-in-law finally free to pursue their baby boomer dream. What could possibly go wrong?

Stashes was one of the funniest and most enjoyable books in this genre I have read in a long time. Maybe it had to do with the language (I am from Wisconsin, the book takes place in Michigan) or maybe it had to do with the stage of life I find myself at but I felt a strong connection. I enjoyed the loveable characters of Jackie and Steve and felt right at home with their dialog and their thoughts. There were times that I silently howled with laughter at the situations all of these characters ended up in. The best part was that every challenge was believable and realistic in our world today!

I also enjoyed the approach that PJ Colando took in the story telling. She used two protagonists so you got both points of view, that from Jackie telling her side of the story, and Amy elaborating her’s. This made the story richer by sharing the generational ideals of the two women. You can only imagine the fireworks between these two.

The character of the daughter-in-law, Amy was fascinating to me. You had to love her determination and grit, even though she always seemed to make disastrous decisions. In fact, I liked that Amy mirrored many of Jackie’s attitudes. The fact that the women didn’t recognize that about each other added to the absurdity of their lives and decisions.

P J Colando describes her book as a “fictional farce,” and I couldn’t agree with her more. In fact, she shared with me that the cover illustration is by Cliff Cramp, who had done all of the cover art for the Star Wars DVD’s. She said he pictured himself on the cover, which he said is done in “National Lampoon” style. If you look on the lower right of the cover, he even signed it!

P J Colando also shares with us that “Cliff Cramp is a friend of a friend who is generous in every way. Cliff agreed to do the cover before my final revision; in part, because I sent him a picture of the apron on the cover – it is reversible. Has a dark side and a light side, just like The Force. I wear the apron to all book events, wearing the light side when I read a few pages in Jackie’s point of view and the dark side when I read daughter-in-law Amy’s point of view. She’s a whippersnapper, that one!”

Humor aside, this book deals with the realities of life in the heartland of America and how people are dealing with life in a downsized economy. The issues of medical marijuana are humorously discussed without demeaning the positive qualities of such a program, or demeaning the laws in place to protect the rights of all citizens.

What I loved most about the book was the moral tug of war Jackie had with herself while trying to honor her values as a friend, wife, and mother. Many of these lessons were interwoven with humor and faith, a joyful combination. Stashes will help you realize that staying true to your beliefs and values is not always an easy thing and sometimes you have to be creative to survive! 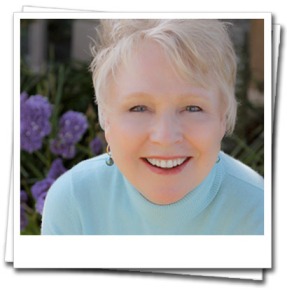 About P J Colando from her bio on her blog:

“As a licensed speech-language pathologist I wrote thousands of clinical reports – and some of them contained fabulous fiction, to urge a denial-oriented insurer to pay. Now I write for fun and freedom of expression. It’s an elegant hobby: I hide away in my home on a hill, out of earshot of the fray.

My short stories and personal essays have been published in magazines, newspapers, and non-profits’ newsletters. I write a regular column for ‘Lit Central’ called “Write Places”. My stories have also been included in the anthologies: Open to Interpretation, The Indiana Review, The Biscuit, She Writes, and Wisdom Has a Voice.

My satiric family saga, Stashes, was published in July 2014, its pot plot shock-and-awing my friends. Next in the series will be HASHES AND BASHES. Wonder what it’s about? Clues were stashed among the misadventures of book one…

I relish oral reads, including Dime Stories, Literary Posse, and LIT UP! I’d love to come to talk with your book clubs, groups of writers/readers. I have an extensive public speaking resume. I provide home baked goodies, giveaways, insights, and laughs. Connect with me.

My husband, Larry, and I are also widely traveled, a quest endowed by my parents. We grew up in small towns in the Midwest and now live in southern California. We feel deeply grounded, yet we crave adventure. No kids, no pets, lots of friends, and few financial obligations: what a life we’ve created, fellow Baby Boomers!  Come join … via my writing.

I post regularly on my blog, themed as “Stashes, Hashes, Bashes: Boomer Stuff!”

I write while my husband watches sports (read: often). He calls me a walking exclamation point! I dash –

I’m told there’s sunshine in my Voice, an inimitable, singular energy. I am having a blast!” 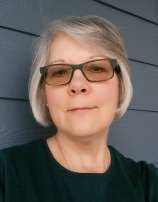 Colleen M. Chesebro grew up in a large city in the Midwest. Keen on making her own way in the world, she joined the United States Air Force after graduation to tour the world and find herself. To this day, that search continues. 💜 Today, she’s a Michigan Poet who loves crafting syllabic poetry, flash fiction, and creative fiction and nonfiction. Colleen sponsors a weekly poetry challenge, called #TankaTuesday, on wordcraftpoetry.com, where poets learn how to create traditional and modern forms of syllabic poetry. 💜 Colleen’s syllabic poetry has appeared in “Hedgerow, a Journal of Small Poems,” and in “Poetry Treasures,” and “Poetry Treasures 2: Relationships,” including several other online publications. She’s also received several awards for her flash fiction pieces from the yearly Carrot Ranch.com rodeo events. 💜 Colleen created Unicorn Cats Publishing Services to assist poets and authors in their book publishing needs. 💜 When she's not writing poetry or crafting short stories, you’ll find her digging in her garden, or playing with her two unicorn cats, Chloe & Sophie. Most days you can find her writing poetry on wordcraftpoetry.com. 💜 View all posts by Colleen M. Chesebro

One thought on “#BOOK REVIEW BY @COLLEENCHESEBRO OF “STASHES,” BY P J COLANDO”