Destined for success in the booming world of high fashion, young Adrienne Boch deflects the romantic pursuit of Will Marra, an American student in Paris. Her cousin, Gregor Steiner, completes his training as an officer in the Imperial German Navy. They, like the entire world, are unprepared when World War I begins. As the invading German army threatens Paris, Gregor advances to captain a U-boat, Will becomes a pilot in the U.S. Army, and Adrienne’s family flees an overrun Belgium. In Central America, a spy is recruited to defeat the United States. At the climax—during which love hangs in the balance—they meet in a thrilling and emotionally riveting clash.

Spanning 1903-1917, this cinematic novel transports the reader to a variety of stunning locales. With his dedication to historical accuracy and his immersive writing style, Rivard offers readers a front row seat to the early twentieth century’s most compelling events.

A story of possibilities that spans the course of time just a few years prior to the beginning of WWI to the United States declaring war on Germany.

The detail given to each characters environment in regards not only to the physical but also professional and family ties made for an engaging and investing story.

Being a history person myself, by university degree and by writing career, I found the research put in to give the detail needed to provide an immersive read refreshing and most enjoyable.

We travel from Brussels to France and on to the United States, Mexico, and Panama. The main characters of the story are Will Mara, a young man who becomes fascinated with flight, Adrienne Boch, a woman from Brussels who travels to Paris to design haute conture, and her cousin Gregor Steiner, an officer in a German Empire’s U-boat.

The three stories along with the sub-stories head to the inevitable as Germany pushes further to gain control of the Atlantic waters and limit the US semi-secret assistance to Britain.

Something to look for is how the life and opinions of each takes a turn with a moment, be it one of reality or one of misunderstanding, but regardless fueled by environment and personal experience.

I greatly enjoyed the growth of Will Mara from a 13 year old boy who was in love with fast cars and the new world of flight into a young man who falls in love with a beautiful young dress designer and onward into an intelligent and heroic aviator. Through him we see pieces of US history both leading to the US entering WWI but also incursions into Mexico to chase Pancho Villa.

Adrienne grows as well in confidence and as a woman who knows her mind and will get what she wants, although what she wants could possibly change?

And then Gregor. His growth into a U-boat captain is perhaps the most intriguing. From the young man we first meet through the letters shared with his cousin Adrienne to the officer who is dedicated to the German Empire’s cause, the change is shown not to be as easy as one might think.

No one character has a direct path to where they end up. I’ve reviewed another of Rivard’s books and it was excellent but I enjoyed this one even more. It is right in my wheelhouse.

There was only one thing that was a bit difficult to get accustomed to. That is how each character, up to perhaps five, would have their own chapter and view point. But, not always. At first this made me take a bit of time getting into the book. But that happens sometimes with me. Any author needs to lay a little background, and after a few chapters the story really picks up. It’s been called a page-turner and I agree. Once past those first few chapters you are wanting to know who does what, where and why.

If you’ve read my reviews here before you know I enjoy historical novels by Samuel Marquis. He’s one of my favorites. J. B. Rivard is right up there. He has the detail, the pace, and characters worth investing in. You hope some do one thing and not the other. You hope they change their minds. And mind changing might just happen. I’m not going to say too much.

I recommend the story to history buffs, those who enjoy period pieces, and anyone who simply enjoys touch choices made, maybe even young love in a time appropriate manner.

Get the book at Amazon 2/7/23. Also check your favorite online service to see if it’s there.

J.B. RIVARD believes words can create pictures. His readers agree; one said, “I was right in the biplane cockpit with Nick,” referring to pilot Nick Mamer, the 1929 record-setting aviator in Rivard’s nonfiction book “Low on Gas – High on Sky.” A writer of historically accurate fiction and nonfiction, J.B. knows readers want the past to blaze up and enthrall them. His commitment to compelling and convincing writing derives from four years in the military as well as his technical career on the staff of a U.S. National Laboratory. A graduate of the University of Florida, he attended the Chicago Academy of Fine Arts, and is an award-winning artist and author. His latest novel is  “Dead Heat to Destiny,” in which the lives and loves of three people are imperiled during the cataclysm of World War One. To learn more about J.B.’s life and work, visit www.illusionsofmagic.com

Sherlock Holmes faces one of the most urgent and puzzling cases of his career. A Christmas gift for his old friend Dr. Watson has been tampered with and replaced with something most unusual. All under the sleeping nose of the great detective himself.

Is there a new Master of the Criminal Underworld in charge of London? Why the warning? And who is the warning about?

The Case of the Disappearing Beaune: A Sherlock Holmes Christmas Story by J. Lawrence Matthews captures the essence of the classic detective with language and writing harking back to the old master himself, Conan Doyle. But the writing is still his own. This is a Matthews story and the descriptive style easily draws the reader into the age and world being created.

Matthews puts his knowledge of Holmes and history to good use. This is not his first adventure with the world’s greatest detective. There is a good amount of detail given to the streets of London, allowing the reader to ride along with the investigative duo of Holmes and Watson as they race to save… well to save. Much loved characters from years gone by appear throughout the story.

The pace of the story matches the length. Clues pile up in quick measure with Sherlock grasping them seemingly out of thin air, but all leading to one conclusion.

The mystery itself is one that will shock the reader. The ending, something one would never expect of the great bee fanatic, Holmes.

This is a great short story for any age of reader. An excellent gift for the holidays.

Try to solve the mystery before Holmes does.

J. Lawrence Matthews has contributed fiction to the New York Times and NPR’s All Things Considered, and, as Jeff Matthews, is the author of three non-fiction books about Warren Buffett and Berkshire Hathaway. One Must Tell the Bees: Abraham Lincoln and the Final Education of Sherlock Holmes is his first novel, the result of twin passions for the original Sherlock Holmes stories of Sir Arthur Conan Doyle and American history as told on the battlefields of the Civil War. Matthews is now researching the sequel, which follows Sherlock Holmes a bit further afield—to Florence, Mecca and Tibet. 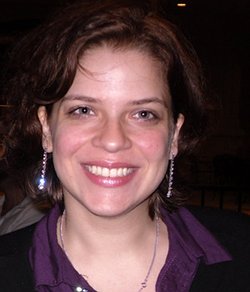 A Galaxy of Possibilities: Representation and Storytelling in Star Wars

Click the cover or the title and buy it today. I did. Then come back tomorrow for her Guest Author Post The Author’s Role in Representation 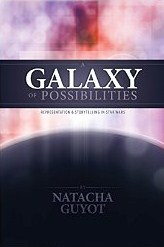