How many of you write a novel or a short story, but you don’t know who to give it to? As writers, the most important thing to do during the journey of finishing your work is to hand a draft over for criticism. Especially if you’re starting out. I mean, you want your work to do

well, right? I used to write fifty pages, then give it to my mom to see if it has the potential to be a good story. These days I try to actually finish the work before giving it to anyone. But sometimes it helps to know if the first few pages is an attention-grabber.

Handing out your work can be tricky and futile. For the most part, my mom is the main one to read my stories. I trust that she won’t throw my hard work around as her own. I trust that she will tell me the truth about whether or not if she thought I did well in writing it–to a point. I’ve given my first novel to a couple of friends who promised to read it and tell me how they like it. Then I ended up wishing I didn’t because they never follow through. People not doing what they promise to do, or saying they like something when they didn’t can hurt more than a million rejections from agents.

I tend to be very protective of my work, so giving my “baby” to anyone is a major deal. I’m always afraid it will fall into the wrong hands, so I prefer giving it to someone I know well. Unfortunately, even if they do follow through and read it, there’s that chance they’re afraid of hurting your feelings, so rather than saying it’s no good, or that scene is out of place, they may say “it’s not bad.”

Now that’s a great help to us who dream of being successful authors, isn’t it?

I wrote and rewrote and rewrote my first manuscript (soon to be on the market) for more than seven years. My mom was gracious enough to read it after each rewrite, and each time she’d tell me “yes, I love it except for this part.” And I’d see what I needed to do to smooth out the scene she was talking about, then she’d be upset with me because I’d always find something else I need to fix.

“It was fine the way you had it the first time,” she’d complain.

“No, Mom,” I’d say. “I have my dead guy as someone everyone hates. No one will care that he’s dead.”

Ironically, she liked each rewrite better than the last. Still, it’s one person’s opinion, and we want a few more, right? Thankfully, after I finished my final rewrite, God sent me another writer who graciously offered to read it and even edit it, if he liked the manuscript. With his guidance, I finished my first novel and actually wanted to read it again and again. Working frustratingly on a story and never being happy with the direction I was going in made me want to discard the entire project! Anyone else agree?

My good fortune continued when I was able to find a friend who did read my book, and an unbiased reader whom I didn’t know (but a friend does). I was nervous about handing it out to either person because of my history of fruitlessly searching for critiques. The good thing is that I know they were honest when they told me they thought it was a great story. And the icing on the cake was when I found they enjoyed the same scenes, wished I included more of this or that, liked this particular character flaw, etc.

This is why it’s vital to find someone to read your work before sending it off. There’s a lot of bad novels out there that were published but haven’t been “approved” in any way. But that’s the author’s right. However, critiques help. Your friends may catch grammar issues, spelling errors, etc, and you’ll want to fix them before either self-publishing or attempting to land an agent. Face it: agents aren’t going to want to give your manuscript a chance if you misspelled “the,” or if your heroine has brown hair at the beginning of the story, then blonde hair in the ending with no scene of buying hair colors.

Writer’s Digest offers plenty of excellent resources. It’s costly but worth it. I haven’t used their resources yet, but it’ll always be there should I decide I need to. Some writers attend groups where they critique each other’s work. Honestly, my trust issues won’t allow me to go that far, although, for the most part, writers want their peers to succeed. I just worry about my work, and I’m not alone…Even renowned mystery writer Mary Higgins Clark feels the same way.

If you’re a writer, I urge you to find a friend you know that enjoys reading (preferably the genre the story is in) and stress to them that they need to be as brutal and raw about their opinion as possible. Tell them to aim below the belt. You can choose to use their suggestions, or say, nay. But I bet you’ll find more often than not, their ideas are sound. After all, you know the point you were trying to make. Remember in school when teachers urged you to ask questions because chances are someone has that same question? Well, it’s often true to writing.

If you’re a reader, be true to your critiques. It doesn’t matter whether you’re critiquing something that’s already been published, or your best friend with ultra-sensitive feelings hands you a copy of their final draft. If you love the book, but not a certain scene or character, tell them. If you hated the book, tell them. They may ask why, and it’s quite possible they are willing to rework it. Nine times out of ten, they hand your their unpublished piece for a reason: to fix anything that may need to be fixed.

If we can’t take criticism, then I think we need to find another hobby or career. At the same time, if we throw out every criticism, you may as well not have asked for it in the first place. People in this world are overconfident when it comes to the things they are passionate about. Myself included. But somehow we need to realize that in order to be successful in this world, we need to work together. We need more honesty. The critiques may hurt, but if they’re genuine, it’ll only help in the end.

Not all writers use beta readers, and not all writers offer their services as beta readers, but both of these things can serve as a huge help in our writing. Looking at it from the writer’s side first, it’s important to know what it is that you’d like your beta reader to do for your story, if there is anything in particular that you do want. Don’t be shy to ask if you suspect a weakness in any area.

In general, as well as glaring plot holes and so on, your beta reader will spot things like continuity problems, or hair that started out blonde and suddenly changed to auburn half way through the story. These are big deal issues for your future readers and often things that we miss because of our closeness to the story. For the same reason, we may leave out crucial descriptive passages or backstory because we know what’s going on. Beta readers could help you find typos and grammar gremlins too if that’s what you want and they’re so inclined.

When looking for beta readers, firstly look for those who enjoy reading the type of book you’ve written. A sparkly vampire book will probably not appeal to someone who thinks that Dostoevsky is the greatest thing since cream cheese. Be wary of those who are blatantly overcritical online. Some people just enjoy finding fault, and that’s not who you’re going for. Other writers generally make the best beta readers, because they know how to write, and mostly they’re kind too.

Be grateful for the service they’re offering you. Beta reading requires more than just reading a book, and all writers are busy bunnies, so giving you their precious time is a favour indeed – try and return it if you can, but even if you don’t, always appreciate it.

Don’t take all input to heart. Any critique can cut like a knife, but really make sure that you never, ever react to any of it with aggression. By the same token, you don’t have to agree with it, or implement any changes suggested if you don’t think that they fit your story or your particular writing style.

When you are the beta reader, on the other hand, always try and remain neutral when it comes to any of your personal pet peeves. We all have them, and they are most certainly not universal. Some people find particular words offensive. Others demand that NO telling at all be allowed in any tale – it must all be show, and show only.

Be kind. There are ways of critiquing that don’t have to include things like, “Your entire third chapter is a load of codswallop – delete it all!” Even if you do spot glaring and tragic errors and writing that grates on your very bones, be polite when returning your comments, while still remaining truthful.

In the end, remember that when it comes to the flesh of your story, and also your unique writer’s voice, you do not have to change any of it. Be open though, to the advice of those who don’t have a vested interest in your scribbles, and just take a deep breath or twenty, and try and take it for what it is – help. 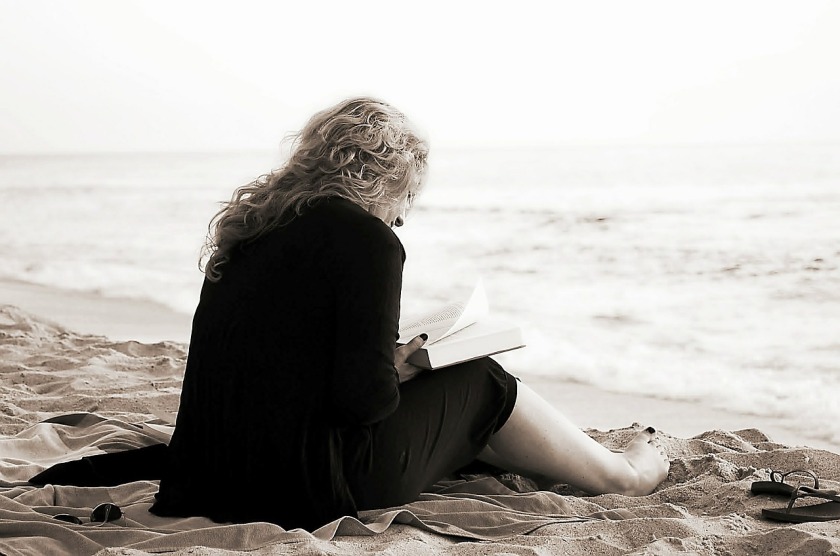